TRUTH CARPET BOMB: Oh the Lies that are Told

"I don’t have anything to add. I don’t want to let my own voice muddy the water. Just listen or read below as you prefer, or click through on the embeded tweet, which is first in the thread." (Fred T.) . . .

"Here are the facts – actual, confirmed facts – that shape their perspective: 1) The FBI/etc spied on the 2016 Trump campaign using evidence manufactured by the Clinton campaign. We now know that all involved knew it was fake from Day 1 (see: Brennan’s July 2016 memo, etc). 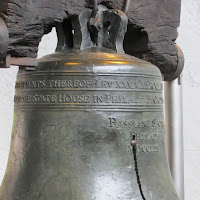 These are Tea Party people. The types who give their kids a pocket Constitution for their birthday and have Founding Fathers memes in their bios. The intel community spying on a presidential campaign using fake evidence (incl forged documents) is a big deal to them.

Trump supporters know the collusion case front and back. They went from worrying the collusion must be real, to suspecting it might be fake, to realizing it was a scam, then watched as every institution – agencies, the press, Congress, academia – gaslit them for another year.

Worse, collusion was used to scare people away from working in the administration. They knew their entire lives would be investigated. Many quit because they were being bankrupted by legal fees. The DoJ, press, & gov’t destroyed lives and actively subverted an elected admin.

This is where people whose political identity was largely defined by a naive belief in what they learned in Civics class began to see the outline of a Regime that crossed all institutional boundaries. Because it had stepped out of the shadows to unite against an interloper.

GOP propaganda still has many of them thinking in terms of partisan binaries, but A LOT of Trump supporters see that the Regime is not partisan. They all know that the same institutions would have taken opposite sides if it was a Tulsi Gabbard vs Jeb Bush election.

It’s hard to describe to people on the left (who are used to thinking of gov’t as a conspiracy… Watergate, COINTELPRO, WMD, etc) how shocking & disillusioning this was for people who encourage their sons to enlist in the Army, and hate ppl who don’t stand for the Anthem.

They could have managed the shock if it only involved the government. But the behavior of the corporate press is really what radicalized them. They hate journalists more than they hate any politician or gov’t official, because they feel most betrayed by them.

The idea that the press is driven by ratings/sensationalism became untenable. If that were true, they’d be all over the Epstein story. The corporate press is the propaganda arm of the Regime they now see in outline. Nothing anyone says will ever make them unsee that, period.

This is profoundly disorienting. Many of them don’t know for certain whether ballots were faked in November 2020, but they know for absolute certain that the press, the FBI, etc would lie to them if there was. They have every reason to believe that, and it’s probably true.

They watched the press behave like animals for four years. Tens of millions of people will always see Kavanaugh as a gang rapist, based on nothing, because of CNN. And CNN seems proud of that. They led a lynch mob against a high school kid. They cheered on a summer of riots.

They always claimed the media had liberal bias, fine, whatever. They still thought the press would admit truth if they were cornered. Now they don’t. It’s a different thing to watch them invent stories whole cloth in order to destroy regular lives and spark mass violence.

Time Mag told us that during the 2020 riots, there were weekly conference calls involving, among others, leaders of the protests, the local officials who refused to stop them, and media people who framed them for political effect. In Ukraine we call that a color revolution.

Read or view the entire broadcast here at The Right Scoop.