Quietly Entrust Self to God


Life contains difficult choices. One of those choices is whether or not to defend yourself.

When someone else has spoken despairingly about us – whether verbally or in writing –the natural instinct within most people is to rise up and defend self. They’re not going to say that about me, we think. Being misunderstood or misrepresented makes matters even worse, leaving us wanting to “set the record straight.” 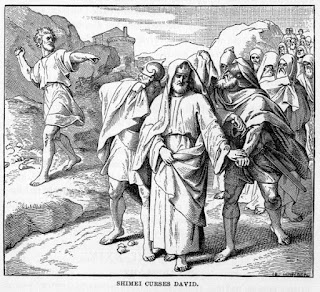 King David experienced such a time. When his son Absalom attempted to seize the throne, Absalom and his cohorts spread negative reports about the king. When the usurper’s army was moving in on Jerusalem, David and his people had to flee quickly. As they fled along the road, David encountered came out cursing continually. The old man took the opportunity to throw stones at the king and call him a “worthless fellow.” Nothing like kicking a man when he is down.

Interestingly, God’s Word says all of King David’s mighty men were at his right hand and at his left. He could have retaliated. One of those mighty men, Abishai, even asked David for permission to go over now and cut off his head. And I’m sure Abishai would have enjoyed it! Instead, David refused to retaliate. He refused to return evil for evil. He refused to return a bad report for a bad report. He even refused to respond! David quietly entrusted himself to the Lord: Perhaps the Lord will look on my affliction and return good to me instead of cursing today (2 Samuel 16:12).

And then what did David do? He and his men went on the way. They moved forward and kept going.

The Lord Jesus responded similarly. He, too, was misunderstood and mistreated. Mocked and maligned, he was led on a path out of Jerusalem and nailed to a tree. Instead of returning evil for evil, he gave a blessing. While cursed and killed, the Bible says that he committed no sin, nor was any deceit found in his mouth; and while being reviled, He did not revile in return; while suffering, he uttered no threats, but kept entrusting himself to Him who judges righteously (1 Peter 2:22-23).

When we feel mistreated, maligned, or misunderstood, instead of lashing out in retaliation, the model of Jesus serves as a governor to our all-too fleshly mouths. He quietly entrusted Himself to God.

In her devotion Streams in the Desert, L. B. Cowman writes, 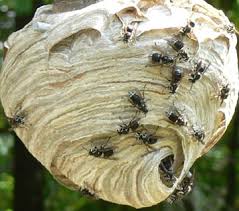 “What grace it requires when we are misunderstood yet handle it correctly, or when we are judged unkindly yet receive it in holy sweetness! Nothing tests our character as a Christian more than having something evil said about us. This kind of grinding test is what exposes whether we are solid gold or simply gold-plated metal.

Some Christians are easily turned away from the greatness of their life’s calling by pursuing instead their own grievances and enemies. They ultimately turn their lives into one petty whirlwind of warfare. It reminds me of trying to deal with a hornet’s nest. You may be able to disperse the hornets, but you will probably be terribly stung and receive nothing for your pain, for even their honey has no value.”

The next time someone wrongs you, think twice before setting them straight. You might get stung!

Then they came to the valley of Eshcol and from there cut down a branch with a single cluster of grapes; and they carried it on a pole between two men, with some of the pomegranates and the figs. That place was called the valley of Eshcol, because of the cluster which the sons of Israel cut down from there. Numbers 13:23-24 The Lord has grapes to give. On my desk sits a wooden statuette – an olive wood carving of Joshua and Caleb carrying a cluster of grapes between them. Imagine the excitement. Eighteen months earlier these men, probably about 40 years old, had witnessed the power of God parting the Red Sea and delivering their people from 400 years of Egypt’s cruelty. These two men had trusted God then, and they trusted God today. Riding on faith, they had gladly gone with ten other men at Moses’ request to spy out the land. God had promised to give them this rich inheritance, and the two of them were ready to experience the blessing. Yes, it would be hard work. And yes, there would be battles to fight, but God had promised to enable them and give them victory – if they would obey Him. More excited than a child walking through the front gate of a theme park, these men couldn’t wait to see what the land held. During their scouting trip, they could not believe the abundance before them! Never had their eyes beheld grapes so large and so sweet to the taste! The juice dripped down their beards as they enjoyed the bounty. Their wives and friends at home would never believe this! Egypt nor the desert had ever yielded such a harvest. Wow! “Caleb! Just think – our children can grow up in the abundance of Canaan!” “Yes, my brother. You and I were raised observing the taskmasters whip our fathers. But our children can watch their fathers take this wonderful land and then enjoy its rewards the rest of their lives!” “Caleb, we must take some of these grapes home just to show our wives and children! And think what an incentive it will be to our people to obey the Lord.” So the two men found a strong pole and fastened a large cluster of grapes between them, carrying it for miles as they left the Promised Land to return to their people camped at Kadesh Barnea. Little did they know what awaited them. There was no way for Joshua and Caleb to know that it would be 38 ½ years before their feet would touch the soil of Caanan. Ten spies did not trust God. They saw the obstacles of Canaan larger than the promises of God. They complained, We can’t attack these people; they are stronger than we are. The land we explored devours those living in it. We seemed like grasshoppers in our own eyes. Two men were not grasshoppers but giants of faith. Moses, Aaron, Joshua, and Caleb, quickened with grief as they realized what was at stake, tore their clothes and fell on their faces. A giant of faith reasons differently than a grasshopper. A grasshopper only complains about the obstacles and seeming impossibilities. A faith giant counts on God’s presence and believes God’s promises. God had already promised to give them the land; they needed faith to possess. And possess by faith and not sight. Caleb exclaimed, If the Lord is pleased with us, he will lead us into the land, a land flowing with milk and honey, and will give it to us! Only do not rebel against the Lord. And do not be afraid of the people, because we will swallow them up. Their protection is gone, but the Lord is with us. Do not be afraid of them. Alas, the congregation voted to go with the ten spies. The Lord was very displeased, and He promised that every one of those ten men would die in the desert. Only Joshua and Caleb would enter the land. And thus began 38 ½ years of the Israelites wandering (aimlessly) in the desert. Let us seek to emulate the spirit of those two spies of whom it was said, Because my servant Caleb has a different spirit and follows me wholeheartedly, I will bring him into the land. Almost forty years later, as Caleb and Joshua led their children’s generation to possess the land, they finally got to enjoy those grapes. God has grapes to give. May we have eyes (and feet) of faith – people of a different spirit who follow the Lord fully.
Posted by Rhett Wilson at 11:42 AM No comments: