The following article appeared in the August 12 edition of The Clinton Chronicle.
"Remember who you belong to!"
Ma-Ma often left me with this challenge when I was a teenager and left the house to go out with my friends.  As I walked out the kitchen door, her exhortation followed me.
Those few words summarized a whole lot.  I knew then and now that Ma-Ma was saying . . .
In essence, my mother wanted me to display good character.  Ma-Ma’s words stayed with me even into my adulthood.  Growing up, I wanted to be a man who honored those to whom I belonged.
Every good mom and dad wants their children to grow up to become adults with good character.  We want them to shine like stars, as we often say to our children today.
As a father of three children, I want their character to outlast me.
As a young married couple, Bill and Gloria Gaither wanted to purchase some property in their hometown of Alexandria, Indiana.  Having been told that the man who owned the specific land they desired would not sell, Bill decided to go see him face-to-face.  After discussing the land, the owner realized that he once knew Bill's grandfather.  The man told Bill that he would sell him the land because of the character of Bill's deceased grandfather.  The man's character outlived him.  His character was his legacy.
I have a few short years to influence my children when we live together in the same house.  However, I can influence them for decades to come through my prayers.
The Scriptures provide several lists of noble character traits.  Several years ago I took some of these lists and divided them up into specific prayers for each day of the month.  There are twenty-nine traits here, one to pray daily.  On months with thirty or thirty-one days, there is grace in case I missed a day or two.
Why not begin praying these simple words for your family?  The legacy made by their impact just may outlast you.


The first twenty qualities are taken from Paul’s descriptions of the character of an elder.  These character traits should mark the life of any godly, mature man or woman.  The last nine traits come from the fruit of the Holy Spirit.  (1 Tim. 3:1-7; Titus 1:5-10; Galations 5:22-23)
Posted by Rhett Wilson at 6:00 AM No comments: 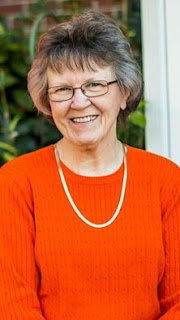 If you must choose, take a good name rather than great riches; for to be held in loving esteem is better than silver and gold.  - Proverbs 22:1, Living Bible
It's an honor today to officiate the funeral of a long-time friend, Mrs. Hazel Littleton. We go back 17 years to when I pastored Cornerstone Baptist Church in Clinton. She used to keep our oldest son Hendrix when he was one year old.
Hazel liked to love people in tangible, practical ways. The Clinton house we lived in had old, cracking windows.  When Hendrix was a baby, it concerned Hazel that our baby would get cold at night.  So, she called a number of church members and asked different people to purchase a window for our house.  "Anonymously," she had every window in our house replaced with nice, modern insulated windows.
About ten years ago, she kept challenging me and Tracey to record our first musical CD. One day I told her, "Hazel, that costs a lot of money." A few days later she handed me a check for $1000.00 and said, "Make the CD."
I have lots of other memories of Hazel through the years, but those will suffice.  She told me for sixteen years that she wanted me to sing the gospel song The Midnight Cry at her funeral.  I will be happy to do so today.
She was a fine lady who loved her family, worked hard, and had a good name - which the Bible says is more valuable than riches. You can take the good name with you!
We will miss Ms. Hazel.
Posted by Rhett Wilson at 12:44 PM No comments:

10 Ways to Bring Up Your Little Lady

(from The Old Schoolhouse Magazine) 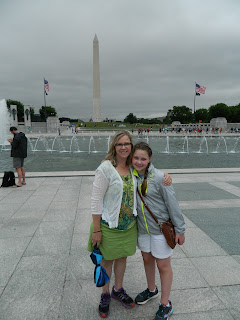 Posted by Rhett Wilson at 8:49 PM No comments: