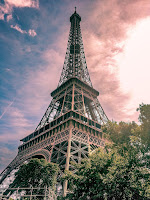 "Before long there will be no monuments, memorials, or United States history left in America, as textbooks will have to be canceled as well ...

Commenting on France’s President Emmanuel Macron’s opposition to those seeking to cleanse France of its history, Mark Steyn said: 'President Macron of France is not my favorite chap - he’s a sinister globalist for one thing. But he made an admirable stand when he announced that not one French statue would be taken down and not a single French street name would be changed, because they are all part of French history. And ‘Bingo!’ ... the statue toppling and street-name changing in France went away.'

If only America had valiant and judicious political leaders.…"