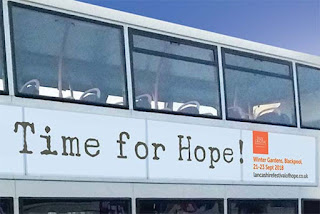 This is the type of ruling and settlement that could have ripple effects impacting religious freedom protection beyond the U.K. and even the EU. This remedies settlement can’t be appealed, and the order approving it is public, meaning both the ruling and the remedies can serve as precedent for other cases.

“This is an important moment for religious freedom in the U.K.,” Franklin Graham said. “We’re grateful to God for the final outcome of this case, and for what it will mean for churches and Christians across the U.K. in the years ahead.”

The settlement underscores the judge’s ruling from the spring that Christians who hold Biblical views on human sexuality, including Franklin Graham and the organizers of the Festival, are not extremists and must be treated fairly.

“This is the antithesis of the manner in which a public authority should behave in a democratic society,” the judge said in April.