Fighting for the Future of Religious Liberty


"I recently had the privilege of attending an extraordinary meeting of evangelical Christians invited to the White House by President Donald Trump and his wife, Melania. 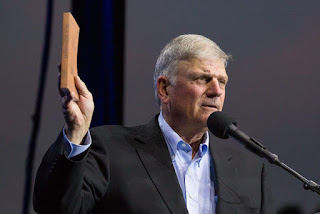 In just two years, his administration has accomplished more than any other president in decades to defend religious freedom, turn the tide of the Supreme Court and protect ordinary Americans who have been under siege for practicing our Christian beliefs. Not only did we have the opportunity to hear personally from the president, but he took time to hear our concerns and join us in prayer.

'America is a nation of believers,' President Trump told us. 'We know that faith and family, not government and bureaucracy, are the center of American life. And we know that freedom is a gift from our Creator.' "


Also, read his comments on facebook last week about the upcoming midterm elections.