Ryan Bomberger, an African American, explains why he does not support this social-political movement . . .

"Every life unjustly killed deserves justice. In the cause to make things right, I will not join a movement that has nearly everything wrong. More innocent lives have now been killed (including cops) since these predominantly violent protests began over George Floyd’s horrific death. What about the black lives killed in this nationwide chaos? Do they matter? 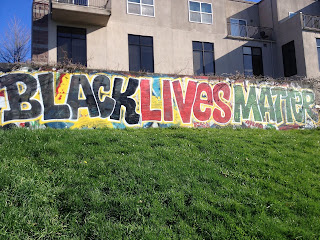 “Well, you don’t have to agree with everything. Just pick out the good things in the #BlackLivesMatter movement,” I’m told. Really? Let’s apply that same logic to another example. I’ve been repeatedly approached to partner with New Black Panthers in anti-abortion billboard campaigns. We agree on the violent injustice of abortion, and that’s it. Our worldviews are diametrically opposed. But, but, but they believe unborn lives matter! That doesn’t matter. Their mission is not my mission. I cover all of this in-depth in my new podcast, Life Has Purpose.