The Four Horsemen of America’s Apocalypse 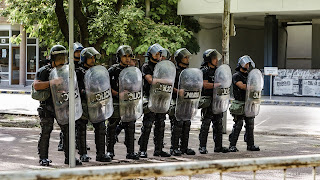 But now we have four roots of evil that are guaranteed to do so.

The first is victimhood. The more people who regard themselves as victims — as individuals or as a group — the more likely they are to commit evil. People who think of themselves as victims feel that, having been victimized, they are no longer bound by normal moral conventions — especially the moral conventions of their alleged or real oppressors."