Tony Perkins of the Family Research Council shares thoughts on the Defund the Police movement:

The fringe Left: Great at making slogans. Terrible at considering consequences. Maybe "DEFUND THE POLICE" makes an edgy statement slathered in yellow letters on D.C.'s 16th Street -- but putting it on paper, like Democratic lawmakers are threatening to do, would be one of the worst policy mistakes in history. And it's not just Republicans who think so. 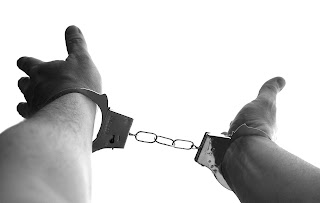 As usual, the Left's new crusade to defund the police -- like "Abolish ICE!" and "Open the Borders!" -- is full of the requisite shock value, as everyone from Rep. Alexandria Ocasio-Cortez (D-N.Y.) to Senator Kamala Harris (D-Calif.) stokes their base with calls to embrace the lawlessness their agenda depends on. But is it really a serious movement? The liberal media certainly hopes not. Months away from a general election, outlets like CNN and the New York Daily News are warning the crusade could be "deadly" for Democrats. Even Joe Biden, who's been off the reservation on policy for most of the year, knows you don't win over voters by leaving their homes and children unprotected.

But then, this was always about rhetoric -- not reason. To the Left, the practical implications of defunding police, like crime, disorder, and mayhem, are another inconvenient sidebar. That's because, Randy Petersen points out in the Federalist, "the screams and emotions and nonstop news coverage have given the idea legs that are not easily countered without thoughtful debate." Even the Minneapolis city council, who's actually considering a defund proposal, admitted they hadn't even thought about what a "police-free future looks like."

The Media Urge to Explain Away "Defund the Police"

If You Want to Know What Disbanding the Police Looks Like, Look at Mexico