Why We Need Constitutionalist Judges 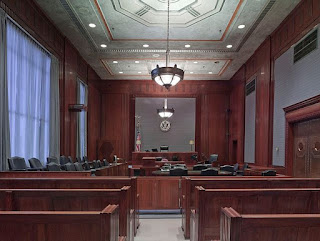 Evangelicals tend to want judges and Supreme Court justices who might be described as “originalists,” “constitutionalists” or “strict constructionists.” In fact, one reason so many evangelical Christians voted for Donald Trump in the 2016 presidential election was because of his promise to appoint judges with this particular approach to law. But what is it about such judges that attracts evangelicals? And what does any of it have to do with the Christian faith and the Great Commission? Decision asked Rena Lindevaldsen, professor of law at Liberty University, to explain.

The Declaration of Independence proclaims that there are certain “self-evident” truths, including that “all men are created equal” and are “endowed by their Creator with certain unalienable rights.” The Declaration then lists three of those rights: “life, liberty and the pursuit of happiness.”

Willing to risk their lives for the sake of freedom from a tyrannical government, the United States’ founders explained that the purpose of government was to secure these rights. The U.S. Constitution echoes these truths in its guarantee that government shall not deprive individuals of “life, liberty or property.” How courts interpret the words of the Constitution bears directly on the continued preservation of our God-given unalienable rights.

Read the entire article by Rena Lindevaldeson at Decision Magazine.