Room at the Table: Beth Moore and John MacArthur 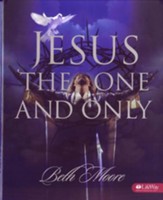 “Do not stop him,” Jesus said. “For no one who does a miracle in my name can in the next moment say anything bad about me, for whoever is not against us is for us. Truly I tell you, anyone who gives you a cup of water in my name because you belong to the Messiah will certainly not lose their reward.
- Mark 9:39-41 (NIV)

I’m grieved this week to see Christians buzzing on social media with disagreements about John MacArthur and Beth Moore. I often think if I were not a believer, the vast disparities among believers – and how vocal and divisive they become with one another – might keep me from exploring Christianity.

The critical, caustic spirit of our day and the unfortunate ease at which opinions can be shared on social media keep becoming the norm for how believers relate to each other.

Two issues divide Bible-believing, conservative evangelicals more than any other: the issue of divorce and remarriage and the role of women in ministry.

During my doctoral studies, we had to read about 1000 pages on a controversial topic. I chose women in ministry, reading hundreds of pages and books from both egalitarians and complementarians.

Here were my conclusions:

In their best forms, both sides take the Bible seriously, affirm the authority of the Scriptures, and attempt to understand what the Bible actually says about the issue.

In their best forms, both sides believe in the divinity of Jesus, the exclusivity of salvation in Jesus, and give themselves to the Great Commandment, the Great Commission, and the Cultural Mandate.

When they approach the difficult passages – like 1 Timothy 2 and 1 Corinthians 14 – both sides attempt to be faithful to the Scriptures. But both sides also use a different hermeneutic.

Both sides, in their best forms, believe they are being faithful to the biblical text.

Both sides accuse the other side of being unfaithful to the biblical text and of selling out to the culture.

For the complementarian side, there is wide agreement that God has given us different roles and that the sexes complement each other in their differences.

However, there exists vast disagreement among complementarians in how to apply their views practically. I hardly know anyone who thinks a woman is supposed to wear a veil to church today. Complementarians flesh out these views  many different ways in the local church. Here are just a few examples:

·      Can a woman teach a man in Sunday School or small groups? What about lead a prayer group where men are involved? What about directing Vacation Bible School with male volunteers? Can she lead a committee or ministry team at church that includes men? The questions could go on and on.

·      Can a women teach? Only to women? To youth? To men? Should someone like Kay Arthur teach a Precept Upon Precept Bible study if men are involved? Or should she sit quietly?

·    If a woman teaches the Bible and speaks publicly, is that preaching? Some pastors are happy, for example, to have Anne Graham Lotz speak/teach/preach/whatever they call it on Sunday mornings in their pulpit. I've said for years that Lotz is the best preacher in the family. Some, like John MacArthur, would say this is “unbiblical” and there are no biblical grounds for that whatsoever - “end of discussion.” At the evangelistic association where I am employed, different employees lead group devotions on different days. Women share many days. In some complementarian circles, that would be taboo or “unbliblical.” 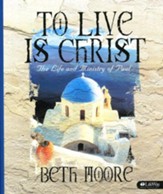 For people who take the Lord and the Bible seriously, there will be disagreements until Jesus comes. We are wise in matters that divide Bible-believing Christians (like the role of women in ministry, the issue of divorce and remarriage, the current role of the gifts of the Spirit, whether or not God speaks today, church government, soteriology, eschatology, etc.) to give lots of grace with those brothers and sisters whose theology and practice differ from ours.

After years of study and prayer, I have my own theological convictions about each of the aforementioned areas. I also know that within the broader world of evangelical Christianity, other brothers and sisters - who affirm the foundations of our faith and historic orthodoxy - come to some different conclusions.

Morgan Lee's article at Christianity Today explores this idea further and attempts to share a non-inflammatory view into MacArthur's practice and theology: John MacArthur is No Stranger to Controversy. The article includes an interview between Christianity Today editor Mark Galli and Master's College graduate Jonathan Holmes.

In it, Holmes shares, "I think one of the downsides of the environment, or the ethos, that particular theological viewpoint can produce would just be this sense of we're the ones who have it right because we can always default back to 'this is what the Bible says.' Somebody might have an opposing interpretation that they've gleaned from scripture and it would be invalidated.

And so basically, if you have a different interpretation, those are not very welcomed at all within that culture. It's can breed a pridefulness and an arrogance of seeing yourself as the holders of Biblical truth here. If you don't agree with them on every single point of doctrine that they would say is essential, then you don't have a high view of scripture or you're not interpreting scripture correctly."

(Read what Bob Jones, Sr., said about Billy Graham when Jones forbade his students to attend the Graham Crusade in their city. The fundamentalist college president said Graham was "doing more harm in the cause of Jesus Christ than any living man.")

We are wise to remember the words of Dr. Martyn Lloyd-Jones, the English Reformed preacher, influential in the English evangelical movement, who pastored Westminster Chapel for years in London. Here is an excerpt from Tim Keller, commenting on Lloyd-Jones’ sermon, “Knowledge Puffeth Up.”

“Martyn Lloyd-Jones identifies the marks of someone who has learned to master the Bible as a set of mere information, not extraordinary power. One mark is that you become a spiritual crank. A spiritual crank is someone always complaining about relatively fine shades of doctrinal distinctions, always denouncing others in arguments over Bible translations or denouncing people on the wrong side of the latest theological controversy. A spiritual crank treats the Word of God as something you use, not something that uses you. He’s puffed up on intellectual pride and his theological tribe.”

I’ve benefitted from the ministries of both John MacArthur and Beth Moore. I have books from both writers on my shelf, and I've recommended books from both authors. My mother has done probably every one of Moore’s workbook studies and taught several of them. I have MacArthur’s complete New Testament commentary set in my library and use it regularly. 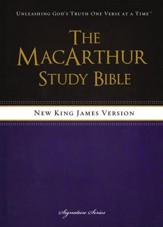 I’m following Jesus, as I believe they both are. I don’t need the safety of a theological tribe. I can learn from a vast array of Bible-believing, Jesus-loving, Spirit-filled teachers, writers, and practitioners (both men and women, dead and living, Baptist, Presbyterian, Pentecostal, Catholic, Reformed, non-Reformed, and folks with many other labels). If they believe in the divinity of Jesus and the authority of the Scriptures, and they belong with Christ – to whom I belong – then we’re a part of the same family.

Let’s treat each other that way. And in any healthy family, there's room at the table to disagree.