Trump, Hate, and the Narrative 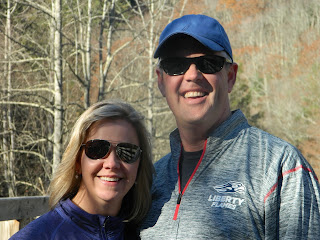 It's time to challenge and change the narrative.

I am tired of hearing some of the news media drawing caricatures of Trump voters.

Take, for example, this headline from the Huffington Post: A Vote for Trump Was a Hate Crime.  Give me a break.  Maybe that author needs to go back go his "safe space."

Or Van Jones of CNN responds to the election by saying this is a "white-lash."  Really?  A white-lash?  If a white news commentator made the statement when Barack Obama was elected that this was a "black-lash," he or she would have been crucified by the media and then likely fired.

I am a white, male, educated (with bachelor, master, and doctoral degrees) voter.  I am a Christ-follower and pastor.  I love my family, love my country, and have deep interest in their well-being.

As Mike Pence says, I identify myself as a Christian, conservative, and a Republican – in that order.  I disagreed with the Never-Trumpers.   I was glad to vote for Donald Trump last Tuesday.

I know many folks who voted for the Trump-Pence ticket.  Out of the Trump-supporters I know personally, I cannot say that one - not one - of them hates blacks, Latinos, or gays - nor wants to suppress women.   I have lived in small towns in the rural South for eighteen years.  In almost two decades in that culture, I can only remember meeting one person whom I think believed in "white supremacy."

The liberal and sometimes leftist media and many in academia love to use labeling in order to demonize those with whom they disagree.  That is a ploy to get the focus and conversation off of policy and substance and instead onto sweeping generalities fueled by emotion.  It is a way to make your opponent seem less than human and cause you to disregard them as being a thoughtful, thinking human being.


This is political rhetoric.  It is propaganda.  And unfortunately, in our day of sound bytes and quick, internet news flashes, rhetoric influences many people.  Thankfully, one lesson from last week's Presidential election is that many Americans simply do not submit to the unbearable smugness of the press.

One of the patterns of modern leftism is that if you don't agree with me, I will vilify you.  If we disagree in theory, policy, or conviction, then we will label you: uneducated, racist, supresser of women, homophobe, Islamaphobe, deplorable, etc.   And if that doesn't work, we will turn to social unrest, protests, and riots.  It is a tactic tied to Marxism, Communism, and the Nazi Regime, and, of course, Saul Alinsky's radicals.

Rick Warren says, “Our culture has accepted two huge lies. The first is that if you disagree with someone’s lifestyle, you must fear or hate them. The second is that to love someone means you agree with everything they believe or do. Both are nonsense. You don’t have to compromise convictions to be compassionate.

My voting for Trump, like I expect over 90% of us who voted for him, had nothing to do with liking the odious parts of his persona.  In many ways, I had to “hold my nose” after he received the nomination.   But, I quickly adjusted and began looking for ways to help the Trump Train.


Most Trump voters, like myself, voted for him because of seven reasons (which I explore in more detail in my article Once in a Century: Reflections on the 2016 Election):

(1) We were weary of the POLICIES of the far-left, personified by Barack Obama (though he is a likeable person, many people disagree with his policies) and Hillary Clinton as politicians,

(2) We had grave concerns about our nation staying afloat because of economic reasons and foreign policy,

(3) We had tremendous concern about the Supreme Court in the hands of leftist activists who are not strict constitutionalists,

(4) We saw the assault on free speech and religious liberty mounting,

(5) We have had it with the out-of-touch elitism, arrogance (see the mainstream Washington media in response to the election), and corruption of the Obama administration,

(6) We have had it with the political correctness movement in our country, trumpeted by the megaphones of the media, leftist academia, and Hollywood, and

(7) We believed that Hillary Clinton was the most corrupt politician to ever run for the office of POTUS and that she does not have the temperament to handle that job.

Though Trump does not have a stellar record in terms of personal morals, we saw him as a non-politician with the interest of the country first, and we saw him surrounding himself with people of wisdom.  We saw him as an opportunity to have a reprieve and perhaps keep America from going off of the cliff.

Our voting for him (the majority of Trump voters – not a few wackos), contrary to the popular media spin and caricatures, has NOTHING to do with (1) Suppressing women and not wanting a woman to be President, and (2) Hating blacks, Muslims, Latinos, gays, or any other minority group.

That is simply left-wing hysteria and propaganda.

Those are caricatures to try and get the eyes off of POLICY.  Hugh Hewitt correctly said that this election was a “rejection election,” or, as Tucker Carlson said, a "reaction to the people in charge."  We are rejecting the POLICIES of a far-left agenda.

Jon Stewart recently shared in an interview, "There's now this idea that anyone who voted for him has to be defined by the worst of his rhetoric. . . . There are guys in my neighborhood that I love, that I respect, that are not afraid of Mexicans and not afraid of Muslims and not afraid of blacks. They're afraid of their insurance premiums.

In the liberal community you hate this idea of creating people as a monolith. Don't look at Muslims as a monolith. They're individuals, and that's ignorance. But everyone who voted for Trump is a monolith, is a racist. That hypocrisy is also real in our country."

A month ago, I wrote a blog article, Why a Southern Baptist Pastor Will Vote for the Unvirtuous Donald Trump.  If anyone thinks the majority of Trump voters voted for him because we hate women (I’ve challenged my daughter before that she could serve on the Supreme Court one day), blacks, etc., take a moment to see why I voted for him.

Also, I don't define Clinton voters by her history of deception, corruption, and psychotic behavior.  We should not define Trump voters by his most inflammatory statements nor past moral failures.

In the past week, wackos on both sides of the political field have responded wrongly to people with whom they disagree. The mob who beat up and bruised a Trump supporter in Chicago no more characterize Hillary Clinton voters than the Trump supporter who threatened a Latino characterizes supporters of the Trump Train.

The violence, venom, and vileness from some on the left in response to Mr. Trump winning has been stunning.  Democrats, leftists, or liberals are wise to accept their losses, as conservatives had to in '08 and '12, and move forward positively.

We want a change in attitude, perspective, and policy, from leftist ideology that is unraveling our country.

Check out the following by Dennis Prager:

Differences Between Left and Right

Why the Left Loathes Western Civilization

Left and Right Differences Part One