I have been reflecting in my spirit a lot the past week about the grace of God.  Sunday morning I preached on the awesome display of God's grace in Abram's life - simply amazing. 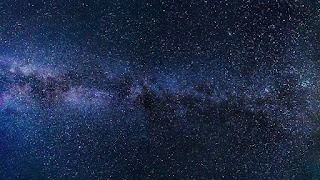 The grace of God is able to work out His promises in our lives in spite of our fears and failures as we continue to walk forward in faith.

In Genesis 15 the Lord renews His covenant with Abram, assuring him that the promise is not lost and that he will indeed have many descendants naturally - not through the servant Eliezer.  The chapter begins in verse one with "after these things."  After what things?  These three little words refer to many experiences Abram endured since the Lord first gave him the call and promise in chapter twelve.  Some of these things include the following - and I have included how they relate to our own experiences . . .


When you started out with conviction, enthusiasm, and courage


The beginning and keeping of spiritual habits in your life


When we walk in the flesh, temporarily forgetting God


·       A time of quarreling, resulting in the separation from those he thought were a part of the promise (13:all).


The troubles and fleshly choices of other people bite us


We see those for whom we care buffeted and tossed


When we choose the right thing and it costs us


Standing for truth and justice has a way of attracting enemies

Abram, sitting in his tent or at the entrance of his tent, is probably rehearsing the events in chapter fourteen.  He just led a small army to defeat several kings and their nomadic groups.  He recovered the stolen goods and people that had been taken by force from Sodom.  In a noble act of integrity, he refused to keep the wealth and instead gives it back to Sodom's king.  Now, after the dust and excitement have settled, he sits alone and no doubt is thinking, "Those kings I defeated are going to come back and whoop me!  And I can't believe I just gave away all of that money."

In that moment the Lord initiates one of the high-moments of Abram's life.  God speaks, "Do not be afraid, Abram.  I am your shield, your very great reward."  In other words, "Abram, I know where you are and where you have been, I will protect you from any retaliation, and I will provide for your needs."

Realizing he has the Lord's attention, Abram dares to ask something that no doubt has been on his mind for years - why has the initial promise not yet been fulfilled?  "You have given me no children; so a servant from my household will be my heir."

Likely Abram is taking responsibility for his part in the journey.  He realizes, "I have failed at times - like when I blew it in Egypt and misused my wife.  I have had losses and battles I never expected.  Life has thrown several curve-balls.  Lord, I probably don't deserve the initial promise anymore.  And I am probably not a fit vessel anymore.  So it is ok if you fulfill the promise through Eliezer.  That is fine." 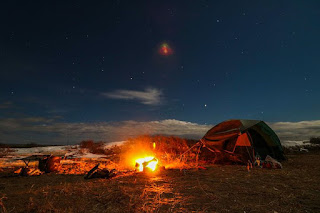 But God had different plans.  Immediately the Lord speaks that Eliezer will not be your heir, but a son coming from your own body."  Then, in dramatic fashion the Lord tells Abram to come outside of the tent and look "up at the heavens and count the stars - if indeed you can count them."

The covenant depends on a relationship with the Covenant-maker.  Yes, if a person continuously hardens their heart toward the Lord and lives habitually in unbelief and disobedience, then the promise can be thwarted.  But what the Promise-Maker looks for is people who will keep coming back to Him, keep trusting, keep submitting - not for people of perfection.
.
It appears in Scripture that in the life of His children, the key element God desires from us is simple, surrendered, believing faith.  After all of Abram and God's interaction, when he gets him outside of the tent, it brings Abram to the pivotal point again - "Abram believed the Lord, and he credited it to him as righteousness."
We call Abram the "father of faith."  We even call those who follow the Lord "believers" indicating that they are people who have "believed" Him. 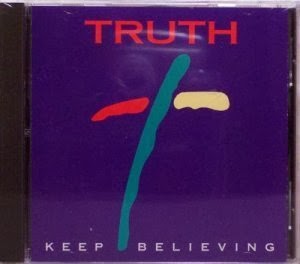 Despite Abram's personal failures and fears, in spite of all of the troubles and losses that had surprised him, and in spite of all of the years that had passed since the Lord first initiated Abram into the life of faith, God still desired to work in his life and fulfill God's promises in his life.  What God asked was basically, "Abram - keep believing."
When I was still living at home in Greenville in the 1980's - 1990's, we used to listen to the Christian music group called "Truth."  One of their popular songs was entitled "Keep Believing."  Some of the words went like this . . .
"Keep believing in what you know is true.  Keep believing, you know the Lord will see you through.  When troubles rise in your life and you don't know what to do; you'll be fine if you just keep believing."

Keep believing - not in ourselves and our plans - but in the Lord, His proven character, His sure Word.