Why Celebrate America this Sunday in Church? Oh, wonderful July! Fireworks, barbecues, and community parties welcome this hot summer month. My heart beats with pride as I listen to patriotic music. I recently added two new CD’s to my patriotic collection: American Jubilee by the Cincinnati Pops and For God and Country by Dolly Parton. How wonderful to be an American and live in the land of the free. 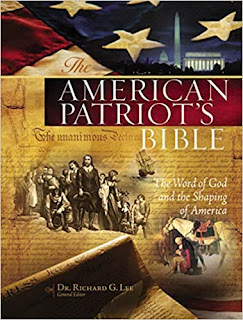 Strong Belief in the Bible

The New England Primer, America’s first textbook, taught the ABCs to children by memorizing basic biblical truths and lessons about life: "A. In Adam’s fall, we sinned all. B. Heaven to find, the Bible mind. C. Christ crucified for sinners died. The Founding Fathers stressed the relationship between a sound education based upon biblical absolutes and the future of the nation."

Noah Webster wrote, “The moral principles and precepts found in the Scriptures ought to form the basis of all our civil constitutions and laws.”

In 1791, Benjamin Rush, signer of the Declaration and Constitution, Surgeon General of the Continental Army, and leading educator, argued why the Bible should never be removed from public education: “In contemplating the political institutions of the United States, I lament that we waste so much time and money in punishing crimes and take so little pains to prevent them.”

In his Essays, Literary, Moral & Philosophical, he wrote, “The Bible, when not read in schools, is seldom read in any subsequent period of life… [T]he Bible… should be read in our schools in preference to all other books because it contains the greatest portion of that kind of knowledge which is calculated to produce private and public happiness.” 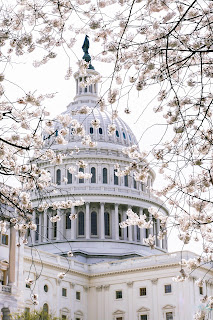 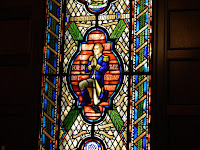 It grieves me the more I hear pastors who do not want to include patriotism in their churches.

I believe the church is the best place to celebrate and remember our national heritage. To let our great American special days pass by hardly recognized by the local church is an opportunity lost.

You can watch the "Look Up, America" celebration from First Jacksonville in July, 1986, here.

Today, some Christians call such celebrations bordering on idolatry, and a growing number of pastors shy away from including God and Country in our worship gatherings.

The Old Testament Law and Prophets repeatedly warned of the tendency to forget – or to not remember correctly. In different eras, generations arose that forgot their heritage and did not remember what God had said or done.

Today in America, we face a growing tendency to forget our godly, Chrisitan heritage – and to not remember our history correctly. The Left consistently libels America as fundamentally flawed, racist, and in need of massive change. They perpetuate the lie that to remember our Founding Fathers is "structural racism" - another attempt from the Left to reshape our thinking. And I believe the Left is not only influencing the world wrongly – but parts of the church.

July 4th, among other American holidays like Thanksgiving, Memorial Day, and Veterans Day, are opportunities ripe for teaching and remembering correctly. It is a time to remind ourselves and our congregations of the Christian foundation upon which we stand. Take the time to remind people that Christianity is one of the main reasons America became great.

And, it's a time to call God's people to return to God on behalf of the nation in repentance and faith.

David Lane recently wrote, “Secularism was inaugurated as America’s official religion by eight U.S. Supreme Court Justices in the mid-20th century. And with that they tore down the American Founders’ Christian bulwark of liberty and autonomy that had been responsible for 350 remarkable years of American history.”

If the church refuses to celebrate our covenantal national heritage and leaves it to the secular world, we abdicate our responsibility and privilege to remember and pass on those foundational concepts to others. And the country will continue remembering incorrectly.

As Christian parents, pastors, and Americans, may we instill in our children a love and respect for our nation. And may we proudly proclaim together, “In God we trust!

The Family Research Council and their Watchmen on the Wall ministry offer excellent resources for pastors to do what I suggest in this article - lead your people to remember our godly heritage. See Stand Courageous here and  Call 2 Fall here.

Here is a resource specifically about the signers of the Declaration of Independence.

Three Cs That Made America Great: Christianity, Capitalism and the Constitution  Mike Huckabee

Building on the American Heritage Series