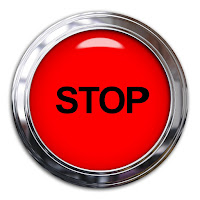 "A handful of woke leaders are driving a Marxist agenda that's tearing apart American schools. Teachers like Dana Stangel-Plowe are walking away from classrooms full of children that need her, just because she can't stomach the extremism that's destroying her students' education. 'Today, I am resigning from a job I love,' she said in a video that alarmed parents everywhere. 'Last fall, administrators told [the faculty] we were not allowed to question the school's ideological programming." If it were possible, the headmaster said, he would fire the staff "and replace them with people of color.' . . .

Apparently, the same party that didn't bother asking Americans how they felt about transgender sports or voter ID laws didn't run radical race theory by them either. It's just another example of how wildly out-of-touch the Democrats are with real people. The same real people, incidentally, who are launching recall efforts in a record-high 50 school boards this year. The Left can call this a manufactured controversy all they want. But we'll see how phony it feels next election day."