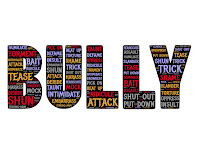 Thanks to Senator Tim Scott (R-S.C.), we finally found all of those racists Joe Biden keeps talking about. They're on the Left, right under the president's nose. After Scott's inspirational response to the president's speech Wednesday night, we didn't have long to wait before the real party of intolerance came crawling out of its hole and attacked. In one of the most vile displays of hypocrisy, Democrats have apparently decided that it's okay to be prejudiced -- as long as the black man is a conservative.

For hours on social media, thanks to the indifferent Twitter police, so many people called Scott "Uncle Tim" that it started to trend. When the mob wasn't using racial slurs online, they turned to other media -- declaring the junior senator from South Carolina everything from an "apologist for white supremacy" to a "sycophantic black." One CNN contributor, Van Jones, called Scott's personal life experience "nonsense" -- while his congressional colleague, Rep. Mondaire Jones (D-N.Y.) said he felt sorry for him, because he has to live in "denial" to get reelected. "I'm hopeful that he'll come to his senses on this subject."

Speaking of double standards, now that his own party looks like the kettle and the pot, the president has suddenly decided that America isn't a racist country after all. Twenty-four hours after he lectured the country on its prejudices, he told NBC's Today Show, "America is not a racist country." Vice President Kamala Harris also chimed in, repeating the same line almost word for word on ABC. So which is it? We may never know, since most Democrats would rather exploit the situation than have an honest conversation. They'd rather turn every policy debate into a question of personal character, because it's the only way to advance their agenda.