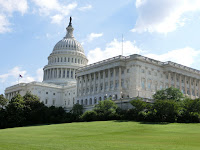 President Trump’s February 4 State of the Union address will go down as a high mark in his tenure – not primarily because of a great speech but for the many accomplishments it celebrated. As CNN’s Stephen Collison shared, Trump cemented his reputation as a “rare politician who keeps his promises.” And for his opponents it was a “daunting warning.” This man, who resonates with many average Americans, can get stuff done that helps them. Tony Perkins cited it was “the message of a leader who’s beaten the odds . . . classic, confident, unconventional Trump.”

No wonder Nancy Pelosi erupted in ripping up his speech on national television – perhaps the rudest moment I’ve witnessed in American politics. Former Speaker of the House Newt Gingrich aptly commented, “This was the behavior of a beaten, failed Speaker, who was desperately seeking approval from her left-wing fanatics. For most of the country, it was shocking and alienating.” After failing miserably with the empty Russian collusion attack, a phony impeachment, and championing the most vicious outward hatred towards a President in modern history, Pelosi’s pettiness and nastiness affirmed she is “maniacally opposed to working with President Trump under any circumstances.” 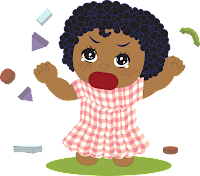 Many visible Democrats like her have displayed the behavior of spoiled brats the past three years – bent on undoing the 2016 election since Hillary refused to show herself publicly on election night and concede. To quote Gingrich again, they are showing themselves as the “party of incompetence,” and “a significant part of their failure will be traced to their pettiness and nastiness.” Pelosi personified herself as out-of-control and not in touch with much of the country.

Fortunately, as Senator Lindsey Graham said later, she can rip up a speech, but she can’t tear up his accomplishments. Trump has kept his campaign promises. Things like confirming Supreme Court and federal court constitutional judges, standing up for the persecuted, protecting the unborn, defending freedom, honoring our military and police men and women, defending free speech, and encouraging the practice of faith in the public square are worthy of much celebration.

How wonderful to hear a Commander-in-Chief utter these words:

“My administration is also defending religious liberty, and that includes the constitutional right to pray in public schools,” Trump continued. “In America, we don’t punish prayer. We don’t tear down crosses. We don’t ban symbols of faith. We don’t muzzle preachers and pastors. “In America, we celebrate faith. We cherish religion. We lift our voices in prayer, and we raise our sights to the glory of God.”

The far Left, including several of the current persons running for the Democratic Party nomination, are in favor of limiting the rights of Americans, including freedom of religion and freedom of speech. Bernie Sanders has made it clear he does not think someone with a traditional, evangelical Christian theology should serve in the United States government. Pete Buttigieg has stated plainly he believes that churches who do not support the LGBTQ agenda should lose their tax ID status – and he would make that an agenda in his administration. Both men recently said the Democratic Party has no place for anyone who is pro-life.

Either of those potential leaders would produce a strong step away from democracy and liberty. No thank you.

Michael Goodwin of the New York Post wrote that Trump’s SOTU speech was long “because he had a long list of accomplishments to cite.” People like Pelosi’s real weapon is “her personal hatred of the commander-in-chief. [A]nd it’s not proving to be much of a fight. The president is on a winning streak . . . the country has noticed. She has overplayed her hand . . . and led her party into another embarrassing dead end.”