The Humiliation of the Southern Baptist Convention

"The last few weeks have been excruciating for the Southern Baptist Convention and for the larger evangelical movement. It is as if bombs are dropping and God alone knows how many will fall and where they will land. 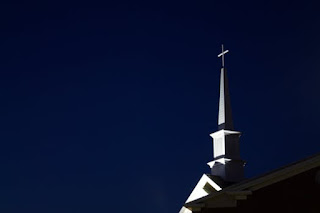 America’s largest evangelical denomination has been in the headlines day after day. The SBC is in the midst of its own horrifying #MeToo moment.

At one of our seminaries, controversy has centered on a president (now former president) whose sermon illustration from years ago included advice that a battered wife remain in the home and the marriage in hope of the conversion of her abusive husband. Other comments represented the objectification of a teenage girl. The issues only grew more urgent with the sense that the dated statements represented ongoing advice and counsel."

Read the entire commentary, The Wrath of God Poured Out — The Humiliation of the Southern Baptist Convention.