Former Secretary of Education William Bennett wrote about President Bill Clinton, “He degraded virtually everything he touched: the White House, the Oval Office, the staff, the cabinet, the country, the legal process. . . .  He is a symbol of decadence.”

The reign of Bill and Hillary Clinton in the 1990’s was regarded as one long missed opportunity.  Why?  Because they “acted in a way that was amazingly small time, small bore; they were selfish and cynical and thought small. . . .  They left the country more damaged, more removed from its old, rough idealism; a country whose children live in a coarser and more dangerous place; a country whose political life has been distorted and lowered.  This is their legacy.  This is the great work of Clintonism.” 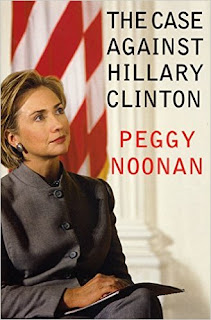 So writes Peggy Noonan, speechwriter for Presidents George Bush and Ronald Reagan, former CBS News correspondant, and contributor to the Wall Street Journal, in her book The Case Against Hillary Clinton.

Noonan wrote the book in 2000 when Clinton began her race for the New York Senate.  Noonan knew that Clinton’s goal was not the Senate but eventually the White House, and Noonan believed that would be a disaster for America.

She saw Hillary as Bill’s partner in power in the 1990’s:  “The Clintons have damaged our country.   They have done it together, in unison, and with no apparent care or anxiety about what they have done.  And for this reason, for all of these reasons, Clintonism should not be allowed to continue.”

Noonan’s book explains “all of these reasons.”  With the professionalism of an insider journalist, with a breadth of experience and a multitude of contacts, she unpacks the deception, scandals, ego-mania, entitlement to power, and philosophy of Hillary Clinton.

The goal of the Clintons has been and remains one thing: “the mere continuance of Them.”  Never in modern American history, Noonan writes, has such “tenacity and determination been marshaled to achieve such puny purpose.”

They have operated for forty years in the same way and for the same goals: “Together they stand for one thing: maximum and uninterrupted power for the Clintons.  What they want is self-advancement, and what fuels them is a sense of self-importance.”


The Bill Clinton era brought not a great new one but instead “the end of a world of responsibility and concern.”

Bill and Hillary thrive in a culture of deception.  It is in their DNA: “The Clintons are unusually brazen.  They lie in plain sight, with boldness, with utmost confidence in their ability to carry it off.”

Noonan says, “Clintonism is a way of governance based on a dishonesty so pervasive and all-encompassing . . . that you cannot believe they expect you to believe the bizarre story they just peddled because no one would lie like that.”  It is the air they breath.  Their lies are not subtle but flamboyant.  They are masters of covering their scandals, creating the spin, and causing a diversion and looking away when substance is discussed.

The Clintons go to great lengths to portray an image of compassion and concern for all Americans.  Yet in reality their White House was a combination of “ferocity and immaturity.  They were not stable and serious but deeply flawed, leaving the country with a “barely recognized shame that has resulted in a barely noticed demoralization.”

Noonan shares in detail about the firings of numerous career White House staffers.  Hillary was angered by signs of disloyalty among them.  Her suspicians were highly unusual: “the Bushes had discovered no disloyalty, nor the Reagans, nor the Carters, nor the Fords.”  One of those men had helped Barbara Bush learn how to use a computer.  After the Bushes left the White House, Mrs. Bush called this man twice to ask for further help on her computer.  When Hillary learned of the two calls, she had him fired immediately for “disloyalty.”  He had four children at home; it took him one year to find another job.

Hillary began mastering the art of the classic Clinton mode when confronted with their bad behavior in interviews: “Throw up your hands in exasperation and implicitly accuse the questioner of not understanding that this question has already been completely answered.”   This is nothing but a diversion.  Hillary is still doing this in 2016 about her many scandals.

She bombs her targets, destroys their lives, and shows no remorse.  Her detestable behind-the-scenes leadership characteristics reveal “a pugnacity that allows her to countenance low deeds because the world is full of low people who want to get the Clintons.  Smear someone in the press?  Sure.  Lie to investigators?  Say you don’t recall.  Lie to the press?  In a shot.  Lie to a grand jury?  Say you don’t remember.  Ruin a reputation?  They deserve it.  Turn over a document?  Stonewall.

And it is this part of her nature, the unchecked belligerence,” that helps her create her own fantasy worlds. 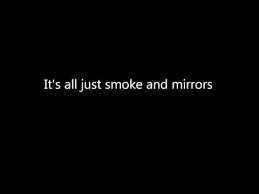 She has a well-practiced strategy.  She uses words “not to pierce through the fog of voices . . . but to add to the fog.  She is using words not to reveal but to conceal, not to make clear but to confuse.  She is not trying to communicate her thoughts and plans; she is merely trying to communicate an impression with pictures.”  Hillary is all about image instead of truth and fact.  She plays on the emotions of the disadvantaged, the poor, and the minorities.  She wants to be their Queen, to sell them her lies in order to secure their votes.

“She will continue to say nothing because she wants not to explain her stands but to  obscure them. . . .  Mrs. Clinton uses stagecraft to hide and obscure philosophy and positions, which is not honorable at all.”

Ernest Hemingway said to never confuse movement with action.  And Noonan writes, “The Clintons are all movement, and the movement is all talk.”

Digging into her early writings in the 1970’s reveal a scary philosophy that is deeply un-American.  She espoused a worldview where the state was more important than the family, and the government knew better how to raise children than the father and mother.  The only “reliable index of progress is a proliferation of state-managed and taxpayer-funded programs.”  Noonan writes that Hillary stopped writing about her philosophies when her husband first ran for governor: “She doesn’t deny or disavow or second-guess them, she just doesn’t talk about them.  As if she doesn’t want anyone to know.”

Obsessed with herself, she “cannot live without power and admiration.”

Her claims of concern for the downtrodden are a farse – a narrative to fake out the American people.  They don’t just have a façade; they are a façade: “She doesn’t know your concerns, and she doesn’t share them,, either.  She is not like you.  She was never like you.”

Even in the ‘90’s, the Clintons were surrounded by enablers who protect this couple, cover their lies and irresponsibility, and ignore their scandals because they don’t want to lose their positions.  They “hate their enemies more than they love justice; and because they are afraid of being targeted by Hillary’s other operatives.”

Hillary Clinton has been somewhat obsessed at times with Eleanor Roosevelt.  Noonan says that Hillary thinks she is Eleanor.  However, Mrs. Roosevelt did not think it was all about her.  Hillary wants to be historic.  She wants the label for the history books.

Noonan writes, “America is the platform of the Clintons’ ambitions, not the focus of them.”  They have no loyalty to an ideology, person, or philosophy.  Their loyalty is to advance themselves.  They believe “They are justified in using any tactic in pursuit of their goals.”

One of the most disturbing things about Hillary is “the disconnect between the reality of Hillary, the image of Hillary, and the ruthlessness with which she will go to any length to protect that image.”

They are the most dangerous political couple to arise in recent American history.  And Noonan does a remarkable job of exposing the Emperors who have no clothes.