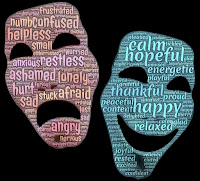 The totalitarian pattern of the January 6 Committee is the biggest show trial I’ve seen in my fifty years in America. It’s a narrative piece for the next Presidential election.


The similarities to the staged show trials of Vladimir Lenin’s Soviet dictatorship are eerie and troubling, which were called “political theater intended for the instruction of the masses” (Engelstein in “Russia in Flames”). Newt Gingrich writes, “The parallels between the use of language by the woke Big Government Socialists and the propaganda techniques of the Leninist-Stalinist revolution are real and frightening. . . . They treat us as though we’re too stupid to see through a rigged game, a stacked deck, and a fraud of carefully selected and edited propaganda.”

The Committee sessions are carefully designed by a TV professional.

An incredible amount of selective editing of both video and papers were deceptively used.

The Committee kept the vast majority of the 1000 interviews and 25,000 documents hidden and in secret.

They are in no way bipartisan. Pelosi forebade Republican nominees to serve on the Committee – unless they had voted to impeach Trump. No speaker has ever before rejected the minority party’s nominees.

Victor Davis Hanson writes, “Its slick Hollywood-produced optics demonstrate that the committee has no interest in inconvenient facts. Why did a Capitol officer lethally shoot a petite unarmed woman entering a Capitol window? Why did the committee not investigate whether large numbers of FBI agents and informants were among the crowd? After all, progressive New York Times reporter Matthew Rosenberg who was there on Jan. 6 claimed, ‘There were a ton of FBI informants amongst the people who attacked the Capitol.’ . .  . A real committee would investigate why there were lots of warnings that a large crowd would assemble, but apparently little government follow-up to ensure security. A real committee would learn why the government and media insisted that officer Brian Sicknick was killed by Trump supporters – even when it was known he died of natural causes.”

Nick Searcy and Chris Burgard recently released a documentary called “Capitol Punishment” that reveals items the kangaroo trial doesn’t want us to know. Interviewing many Americans who were there on January 6, it reveals their experience was vastly different than what the media claimed.

Searcy shares, “It was just a day of orchestrated events that anybody that knew what they were looking for saw. I mean, we saw people changing from Antifa black-block into MAGA clothes. These same people were trying to get us to attack the Capitol Police.” 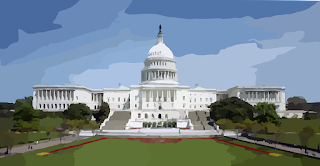 They interview Aaron Babbitt, the husband of the former navy officer Ashli Babbit - shot by Capitol Police. New footage shows her telling people to stop breaking the doors – stop trying to break in - just prior to her death. The fourteen-year military veteran and law enforcement specialist was acting as a law enforcement professional, telling the less-experienced cops to get backup now.

Other footage shows Capitol Police in different areas calmly removing barriers, opening doors, and ushering people into the building. Don’t look for it on YouTube. Any mention of election fraud is banned from their propaganda.

On January 6, 2021, I simultaneously watched two screens. One showed the final moments of the Trump rally; the other, showed US Capitol livestream footage, moving between the Congressional election debate and other areas of the building. As President Trump started dismissing the crowd, a guard inside the Capitol yelled something like, “They’re coming in.” I braced myself, waiting for the type of rioters and looters that destroyed businesses, statues, and cities in the 2020 riots. Instead, I watched people resembling smalltown Americans calmly walking in a single-file line.

A rotten trail leads to Nancy Pelosi’s office revealing 50% of the Capitol Police not working that day, intelligence information never disseminated to them, and Trump’s request for 10,000 additional National Guard troops flatly denied.

Where was the trial for the 2020 four months of rioting, arson, and stealing? Over 35 people died with 1500 injured police officers, about 14,000 arrests, and between $1-2 billion in damage to property.

Most of those arrested for violence at “iconic government buildings, from courthouses to police precincts" (Hanson) were simply released. Many of those arrested from January 6 are denied a speedy trial, shamed, and assumed guilty with dishonest framing.

Searcy explains, “This is like a terror tactic. They’re trying to instill fear in the citizenry, that if you stand up to the government and say, ‘I believe the election was stolen and shouldn’t have been certified,’ you’re committing some vile act. They’re trying to send a message to everybody: ‘Do not ever resist us again or this is what will happen to you.’”

Hanson goes on to warn, “None of the questions will be answered because none will be asked because the committee’s role is not inquiry but confirmation of a useful narrative.”

The Committee doesn’t want facts, because truth doesn’t conform to their political narrative.

One obvious rhetorical question is, “Would the committee even exist if Trump were not considering running for President a third time?”

In summary, Gingrich aptly warns, “Clearly, the left understands it can’t tell the American people the truth. It must hide the facts and present only the falsehoods. This is why the Jan. 6 Committee has been so manipulative and consistently secretive and dishonest.”