Freedom to Totalitarianism in 8 Steps

Pastor John MacArthur explains how a country can move from liberty to totalitarian rule in 8 steps. The following is a portion
of his sermon's introduction on July 4, 2021, "The Truth Shall Set You Free."

"Back in 1932 a devout atheist by the name of Aldous Huxley wrote Brave New World. Brave New World was a dystopian novel that looked at the future and assumed that it wouldn’t be very long before the West was completely captive to totalitarianism—that is rule by a dominant force, where you have only two classes: the ruling class and all the people who are subjected to them. In Brave New World, he portrayed what life would be like.

It was about seventeen years later that George Orwell, another devout atheist, wrote 1984, another dystopian novel that looked at the future. And just examining those recently in my own thoughts, I drew out of those two pictures of totalitarianism in the future of the West, what are pretty amazing, prescient insights from a couple of atheists. Totalitarian rule, both of them say, is essentially the absolute political-social slavery of everyone. We are used to what is called chattel slavery. C-H-A-T-T-E-L. Chattel slavery is when one person owns another person; political slavery is when the state owns everybody—but the effect on the individual is identical. We have come to the place in American history where we hate chattel slavery. In fact we’ve created a massive movement, racial movement, now, based upon past chattel slavery. People rise to noble heights to condemn chattel slavery, while at the same time they are willingly becoming slaves of the state. And the end is exactly the same: Somebody owns you, and you give up your freedom.

Now what elements of society and politics produce this willing kind of state slavery? Drawing from both Orwell and Huxley, this is what they say totalitarianism would look like. Here are the necessary elements. One: a crisis. A crisis puts freedom in danger because a crisis elevates government control. And the more severe the crisis, and the more control the government gets, the more freedoms begin to disappear.

Number four: Control information. Control what people hear, what they therefore believe. And the way to control information is the following: Create confusion, send out all kinds of diverse signals so that nothing is really clear. So you’re creating a kind of acceptable irrationality, a kind of madness. Censor what you don’t want; control people by technology and media.

Number five—and this is a dominant feature of both of these novels: hedonism. Turn loose all kinds of immorality everywhere. Create a situation of unhindered sexual lust. Let people be completely lost in pleasure, no boundaries on any kind of sexual behavior. Fill the culture with pornography, because as long as they are unhindered in their sexual lusts, as long as they are lost in hedonistic pleasure, they’re not thinking. 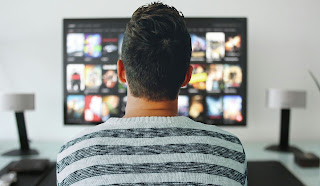 Number six: Feed them mindless, accessible, irrelevant, distracting, nonstop entertainment—so they live in a world of fantasy and emotional stimulation rather than thought. Number seven: Make drugs available to everyone because drugged people, or drunk people, are harmless. And number eight—this is critical: If you want to take over an entire population, isolate them from each other—because when you isolate them from each other, you control the narrative. You take them away from the examples of something different. That is what atheists came up with as the pathway to dystopian totalitarianism, in which people distracted, dumbed-down, drugged, give up their freedoms.

I don’t know what freedom in this Western culture in the future looks like. But I see all of this shaping up—and this is from, as I said, back in 1930 to 1940s. But we certainly have managed to check off all the boxes—right?—to create totalitarianism. And here we are, so nobly upset about the freedom that was taken away from slaves in the past, while at the same time—dumbed down, stupidly, mindlessly, lustfully—we give up all our freedoms and become slaves of the state, and the end is exactly the same."

Read or hear the entire sermon here at Grace to You.

Image courtesy of Pexels and Pixabay.