The following is my column for The Clinton Chronicle this week. 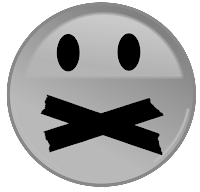 In his recent sermon on July 4th, “The Truth Shall Set You Free,” Pastor John MacArthur explained how a country can move from liberty to totalitarianism. Examining Aldous Huxley’s Brave New World (1932) and George Orwell’s 1984 (1948), he shares eight necessary elements.

These two atheists of a former generation peered into the future and warned it would n
ot be long before America faced a new kind of slavery.  Not chattel slavery, when one person owns another, but instead, political slavery, when the state owns everybody. “Totalitarian rule, both of them say, is essentially the absolute political-social slavery of everyone. We have come to the place in American history where we hate chattel slavery. In fact we’ve created a massive movement, racial movement, now, based upon past chattel slavery. People rise to noble heights to condemn chattel slavery, while at the same time they are willingly becoming slaves of the state. And the end is exactly the same: Somebody owns you, and you give up your freedom,” MacArthur said.

So what are the eight steps? (MacArthur quotes in italics)

1. A national crisis. Saul Alinsky, whose disciples include Barak Obama and Hillary Clinton, taught his students that creating crises is a necessary means to controlling society. The more severe the crisis, the more control the government gets, the more freedoms begin to disappear.

2. The collective is more important than the individual. Sounds like the Borg on Star Trek! Promoting groups of people is more important that your individual rights. We don’t care about your thoughts, free speech, or choices. Instead, we’ve got to stop global warming or protect the masses from a virus. You can’t say publicly you think marriage should be reserved for one man and one woman, because the advance of the LGBTQ agenda is more important than what you think. Don’t dare question if a biological male should be declared a woman if he feels like it. Don’t question if Donald Trump caused the January 6 event at The Capitol. Pay no attention to the facts – like police officers calmly removing barriers and holding doors open for people – and cameramen ready inside – just submit to the media’s narrative. The collective is what matters – and a few people are going to control the collective’s narrative.

3. Mass psychosis. You need a mass psychosis, something that makes everybody afraid—like a plague, like a pandemic, like masks—that create a greater threat than the giving up of freedom. Keep up the deception so they continue to believe the lies, and you escalate control.

4. Control information. Control what people hear and you control what they believe. Tell the same lie emphatically enough, and society accepts the falsehood as reality. Censor what you don’t like. Those who do not submit to the narrative yet have big social media followings – ban them from the platforms. “Fact-check” whatever disagrees with the collective. Pay no attention to the man behind the curtain.

5. Promote and legislate hedonism, which is the pursuit of physical pleasure at all cost. Turn loose all kinds of immorality everywhere. Create a situation of unhindered sexual lust. Let people be completely lost in pleasure, no boundaries on any kind of sexual behavior. Then they will value feelings more than truth.

6. Feed them mindless, accessible, irrelevant, distracting, nonstop entertainment. The word “amuse” literally means to not think. So technically an amusement park is somewhere we go to enjoy ourselves and not think much. Sadly, we have become a culture of amusement. People live in a world of fantasy and emotional stimulation rather than thought. They ignore the reality that truth does not care about your feelings.

7. Make drugs available to everyone because drugged – or drunken – people are harmless and easy to control.

8. Isolate people from each other. When you isolate them, you control the narrative. Why? You take them away from the examples of something different. If mainstream media pushes the narrative that the COVID vaccine saves mass lives, if enough people are isolated, they won’t hear anyone giving facts challenging the narrative. Remember America’s Frontline Doctors – an organization of physicians who challenge the pandemic narrative, who experienced dramatic recovery rates with patients who used hydroxychloroquine or ivermectin? After holding a press conference in front of the Supreme Court in 2020, Big Tech and social media dropped the hammer and tried to silence them. They just commemorated the one-year anniversary with a White Coats Summit of physicians in San Antonio, Texas.

What is the biggest threat to totalitarianism? Some authority other than the government. Totalitarian control is useless when confronted with these things: individual liberties, truth and facts, and God and religion. That’s why in every totalitarian movement, they suppress those three things.

And, MacArthur warns, Here we are, so nobly upset about the freedom that was taken away from slaves in the past, while at the same time—dumbed down, stupidly, mindlessly, lustfully—we give up all our freedoms and become slaves of the state, and the end is exactly the same.