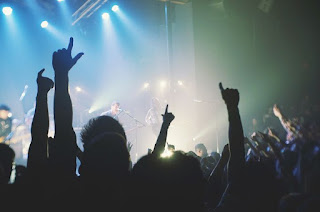 "John Cooper, the lead singer for the band Skillet, posted a stunning response on Facebook yesterday to the recent public renunciations of Christianity by Joshua Harris and then Hillsong songwriter, Marty Sampson. (Sampson has since slightly walked back his initial statement after Dr. Michael Brown posted an open letter challenging Sampson’s assertions.) Below is Cooper’s entire statement, which was also published at Cogent Christianity. I’m reposting it here because it’s so good and so important, I want to make sure everyone who follows this blog sees it. Thank you, John Cooper, for saying what few have the insight or courage to say. God bless you, brother!

'Ok I’m saying it. Because it’s too important not to. What is happening in Christianity? More and more of our outspoken leaders or influencers who were once ‘faces’ of the faith are falling away. And at the same time they are being very vocal and bold about it. Shockingly they still want to influence others (for what purpose?) as they announce that they are leaving the faith. I’ll state my conclusion, then I’ll state some rebuttals to statements I’ve read by some of them. Firstly, I never judge people outside of my faith. Even if they hate religion or Christianity. That is not my place and I have many friends who disagree with my religion and that is 100% fine with me. However, when it comes to people within my faith, there must be a measure of loyalty and friendship and accountability to each other and the Word of God.

My conclusion for the church (all of us Christians): We must STOP making worship leaders and thought leaders or influencers or cool people or ‘relevant’ people the most influential people in Christendom. (And yes that includes people like me!) I’ve been saying for 20 years(and seemed probably quite judgmental to some of my peers) that we are in a dangerous place when the church is looking to 20 year old worship singers as our source of truth. We now have a church culture that learns who God is from singing modern praise songs rather than from the teachings of the Word. ' "

The above is taken from the blog of Julie Roys. Read the entire post here.

Picture used by permission from Pixabay.
Posted by Rhett Wilson at 1:27 PM