In Defense of Kate Smith


Another ridiculous move takes place in our society by the political correctness police. Cal Thomas provides a good commentary about the smearing of yet another past American icon . . .

"The long arm of the PC police has reached back to the ‘30s and arrested, prosecuted and sentenced the late singer Kate Smith. Smith, who popularized Irving Berlin’s song 'God Bless America' and was a female pioneer in early television, recorded songs that today in hindsight are viewed as racist. 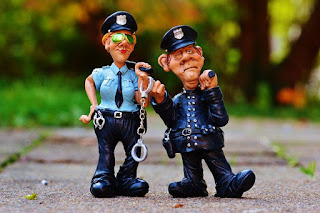 An old friend, Harry Covert, writes to recall the early days of black-and-white TV when he (and I) watched Kate Smith’s television program. Mr. Covert remembers one show interrupted by a news bulletin announcing the attempted assassination of Harry S. Truman by militant Puerto Rican activists. He notes that today’s Puerto Ricans are not smeared by that incident, so why is Smith being figuratively tarred and feathered?

In 1940, Irving Berlin, the Russian-born composer, established the God Bless America Fund 'for the benefit of the youth of America,' donating the proceeds from the song’s royalties to the Boy and Girl Scouts of America. Yankees baseball great Joe DiMaggio was a trustee on the GBA Fund."

Read the entire commentary here by Cal Thomas at The Washington Times.