Step up to the Plate 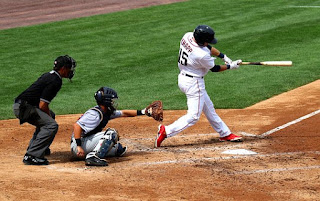 Finally, during the game, the coach yanked him off of the field and sent in player two.  Player one did not play again for two full weeks, during which time the coach had him doing all sorts of extra practicing.

Player two went out there and did all he could to catch the fly balls, not miss the grounders, and bring them home.

Player one had greater skill, but player two followed through.  The second player went after it harder.  With all he had.

God has given each of us talents.  Some folks have one talent.  Some have two or three.  And, according to Jesus, a few have a bunch.  Regardless of how many you have, if you don’t use what you have you could get benched. 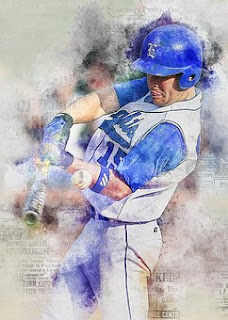 No one has ever hit a home run from the dugout.  Home runs are hit by people willing to leave the dugout, walk up to the plate, and swing the bat.  Take the chance and walk to the plate.

In baseball, successful players get 3 hits out of 10.  If you make 4 out of 10 (40%), you are considered a hero.  That means that the most successful baseball players tend to miss 60% of what is thrown at them.

There are some people in life that walk up to the plate once or twice, but if they miss one or two balls, they consider themselves a failure and retreat to the dugout, too afraid to try again.  The dugout seems safer than the playing field.  The problem is, you can't score any runs from the dugout.  You can sit and criticize how other players are playing the game from the dugout.  But you can't score any runs.

I knew a lady who applied for one job. When the company gave the position to another person, it blew the woman out of the water. Feeling great rejection, she refused to apply anywhere else.

Now let's put that in perspective. Dan Miller, motivational business coach and speaker, estimates that for every 30-35 jobs for which you apply, you should expect to receive one or two callbacks. Not job offers but callbacks.

Successful people expect rejection - and keep moving when it comes. And they don't combine their self-worth with rejection from others.

Successful people also learn to dream new dreams - even when old dreams may have died or not materialized.  In the world of writing, successful writers understand it is the nature of the business to be rejected.  They expect rejection.  So, they submit one proposal, query, or article and then immediately start another one.  They don't stop hitting just because they miss one. 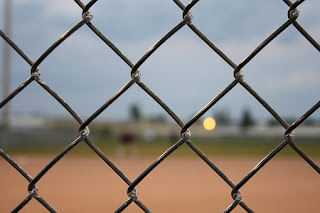 They keep going up to the plate.

Andy Andrews' manuscript The Travelers Gift received 51 rejections from the biggest publishers in the world over a three-year period. When it was finally published, it became a New York Times bestseller featured on Good Morning, America.

Andy learned how to persist through his rejections.

You don’t set God’s clock.  You are not the master of your clock.

There is no shame in trying and failing, but there is great shame in not trying at all.

In what area of your life may God be saying, "Leave the dugout and step up to the plate?"


I based the above article on a devotion I heard from Alton Gansky at a Blue Ridge Mountains Christian Writers Conference.