Gideon may have thought the angel crazy when he called him a mighty hero. But he was about to learn that when God’s Presence is involved, everything can change.

The presence of God is the one reality that marks the people of God as belonging to Him. Many religions, civic groups, and schools have moral codes. But only God’s people have his presence. And as he leads us with his presence, sometimes he takes us into confusing circumstances. 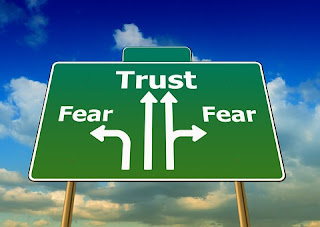 Occasionally what we see with our eyes is the opposite of what we hear from the Lord. Three times the Scripture says Gideon’s circumstances didn’t confirm what God was saying. They actually reflected the opposite of the Lord’s perspective. And every time the Lord answered by simply promising His presence.

First, circumstances find Gideon threshing wheat in the winepress, hiding and alone. Yet the angel says, “Mighty hero, the LORD is with you!” (6:12).

Then, Gideon asks the “why” question: “Sir, if the LORD is with us, why has all this happened to us?” (13). The Lord answers his question by saying, “ ‘Go with the strength you have, and rescue Israel from the Midianites. I am sending you!” (14).

Do you see the progression? Negative circumstances show one set of figures. And God keeps promising His presence.

Like Gideon, we like to question “why” and “how.” We look to the past and see failures, regrets, or disappointments and wonder why. Or, we look at our present resources and opportunities and look toward the future, wondering how. How could I ever get a good job when I lost one? How can I ever recover from losing a child or going through a divorce? How can I ever afford to educate my children?

I was invited to preach at my home church, Edwards Road Baptist Church in Greenville, South Carolina, my senior year of college. Speaking to a church of about 700 people was no small task for twenty-one year old. Charles Stanley says your home church is the worst place to ever preach, because people remember when you were a boy and they think, “Oh, isn’t that cute!”

Even though twenty-four years have passed since then, I still remember sitting on the platform listening to Dr. Earl Crumpler introduce me. As I sat, fear overcame me and I thought, “There is no possible way I can do this.” Instantly, I remembered the story of Gideon. Specifically, I remembered the exchange in verses 11-16. It was as if the Holy Spirit said to me, “If you will get up and start speaking, I will be with you and help you.” As an act of faith, I chose to stand up and begin preaching. A lady in the audience later told me, “I could tell when you started speaking and the Holy Spirit took over.” Since then I have
preached, taught, and spoken to groups hundreds of times. But I don’t think I ever get up to speak that mentally I don’t quickly rehearse Gideon and the angel’s exchange. I quietly affirm in my spirit, “I can’t, Lord, but you can!”

Your battle may not be preaching a sermon. It may be dealing with a bad-attitude teenager. Or facing a pile of debt. Or confronting a problem in your office or church. Or helping an aging loved one. Whatever it is, the challenge seems daunting, leaving you feeling small. God’s promise to you is the same as to Gideon. He does not explain all of the why’s of yesterday. Nor does he tell you all the details of “how” for the future. But he does promise, “I will be with you.”

So take the next step and count on His presence.


God’s Perspective
One of the hardest disciplines of the Christian life - and of Christian leadership - is leading yourself and others to think God's thoughts and not just human ones. If we only follow our limited thinking, reasoning, and experience, we may completely miss what God is doing. Think of these examples: 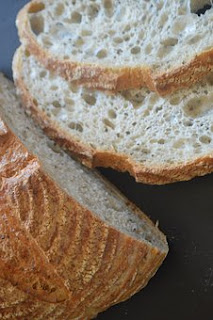 Jesus set up a situation to prove His greatness. He planned to feed 5000 men from only a boy’s small lunch. Like a master teacher, he asked Philip where they would find bread to feed the crowd. John almost comically tells us, “He asked this only to test him, for he already had in mind what he was going to do” (John 6:6). Matthew’s account tells us the disciples then told Jesus, “Send the crowds away” (14:15).

In other words, the disciples had a meeting without Jesus, and their best long-range, strategic planning said to send the crowds home. Their human wisdom drawn from years of experience told them it just would not work. The numbers did not add up. Maybe they patted each other on the back for their frugal common-sense. However, their long-range planning did not include Jesus.

And his thoughts vastly differed from theirs.


The Israelites faced a critical decision at Kadesh Barnea. God brought His people to the edge of the Land of Promise about 18 months after leaving Egypt. Sadly, fear and human wisdom prevailed. Out of several million people, only three men had God’s perspective – Moses, Joshua, and Caleb. The people took a public opinion survey and voted instead of seeking the Lord together. They embraced human wisdom but lacked divine guidance. That moment of choice cost the Israelites another 38 ½ years in the desert.

Writing about the Israelites’ moment at Kadesh Barnea, Richard Blackaby shares in his book Living Out of the Overflow, “Wise leaders understand that the fiercest opposition is mobilized at the point of God’s greatest advance. . . .The Israelites should have been exuberant at finally approaching Kadesh . . . . But they were disoriented to God. As a result, God’s will confused them. They expected one thing, and God gave them another. They complained when they should have rejoiced. . . . Such is the sad irony when God’s people do not know His heart and His ways. People may be at the threshold of receiving God’s spectacular promises yet miserably lament their evil circumstances.”

When Jesus told the disciples he had to die, his buddy Peter rebuked him. Imagine rebuking Jesus! He said that he would NEVER let Jesus die. Notice the Lord’s response. It is one of the most chilling ones in Scripture: “Jesus turned to Peter and said, ‘Get away from me, Satan! You are a dangerous trap to me. You are seeing things merely from a human point of view, not from God’s’ ” (Matt. 16:23, NLT).

These and other Scriptural examples show me that even the people closest to Jesus can completely miss what He is about to do. Left to our own thinking and planning, we may become a “dangerous trap” to Jesus.

Boyd Bailey writes in his excellent devotional Seeking Daily the Heart of God, "God's will does not always make sense. It may not make sense because we factor in our own understanding. . . . When you think like Jesus you do not have to be in control. You trust Him to handle people and circumstance in his timing."

In Gideon’s account, he could have stayed stuck bemoaning his circumstances and missing the activity of God. But the Lord took his servant from threshing wheat in a winepress to defeating the armies of Midian.

Other people look at us and see our flaws and failings. God looks at us and sees our possibilities, through His transforming presence. It is enormously important that we begin to realize the possibilities of our lives because of what God can do in us.”