The Demise of Cosby

Thursday night was Cosby night. Growing up as an '80's kid, I looked forward to watching the life of the Huxtable family on Thursdays.

TV Guide wrote that "Cosby" was "TV's biggest hit in the 1980s and almost single-handedly revived the sitcom genre."  They ranked TCS as #28 in the top 50 Television Shows of All Time and Cliff Huxtable #1 in their top 50 Greatest TV Dads of All Time. 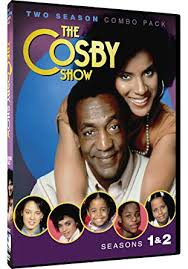 My family enjoys watching TCS on DVD.  Currently, we are watching season two.  Besides having to get over the fact that it has been more than thirty years since it first aired, I see the show through a lens now that I missed in the 1980's.  "Cosby" is a remarkable work of art.  It was an incredible effort of Bill Cosby and company to present a healthy, happy, successful African-American family.  This was not Sanford and Son, Good Times, or The Jeffersons. "Cosby" was The Waltons or Little House on the Prairie - only set in modern times in a black family that was living the American Dream.  Cliff, a doctor, and Clair, a lawyer, afforded an upper-middle class lifestyle to their children.  Extremely well-rounded, the couple enjoyed everything from participatory sports, Jazz music, art museums, and junk food.  Bill Cosby's collection of fine, African-American artwork was often used in the series, decorating the walls of the New York townhouse.  The show was a subtle, but firm, cultural statement.  It was a way to celebrate a healthy, wise, and positive black American family.

At the heart of the show is the love and respect of family members.  Cliff and Clair wisely shepherd their children, administering proper authority, discipline, affirmation, correction, and warmth.  They challenge their children to excel.  They require their kids to face consequences.  And they shower affection on each other, like the famous "zerberts" that the show made into a cultural phenomenon.  A zerbert, or ZRBTT, is a sloppy kiss, when you blow air out and make a loud sound.

Yes, I enjoy having my children watch the positive show.  My sixteen year old even commented, "It is so nice to see a strong, good dad on tv." Good old Cliff Huxtable.

In recent days, my heart aches when I see the daily headlines regarding the ongoing trial of Bill Cosby.   The reason for the trial does not need repeating.  You have been under a rock if you are unaware of the accusations against him.  As of the writing of this column, a verdict has not been issued.  However, as Samuel Jackson said, when there is that much smoke, there has been a fire. 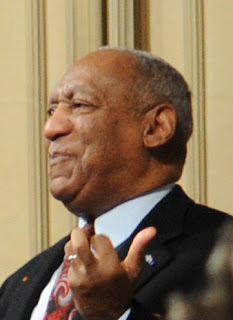 Cosby admitted to having sex with various females to whom he was not married.  The Bible has some words for that behavior - fornication, sexual immorality, or adultery.  We have heard in recent years of Cosby's numerous trips to hang out with his buddy Hugh Heffner at the Playboy mansion.  The Bible has a word for that too - stupid.

Bowley and Hurdle of the New York Times write, "In recent years, Mr. Cosby, 80, had admitted to decades of philandering, and to giving quaaludes to women as part of an effort to have sex, smashing the image he had built as a moralizing public figure and the upstanding paterfamilias in the wildly popular 1980s and ’90s sitcom 'The Cosby Show.' "

I cannot get out of my head the image of Cliff Huxtable.  Would Cliff walk away from his love affair with Clair to chase after numerous women?  Would Cliff, who enjoyed friendships with many influential and exciting people, run out on weekends to check out the Playboy mansion?

Pastor Jack Hayford shares in his book "Fatal Attractions: Why Sex Sins are Worse than Others" that though certainly forgivable, sins of a sexual nature carry long-term consequences physically, emotionally, mentally, spiritually, and socially.  Their affects far outlive the passing pleasures.

I believe there is still cultural value in The Cosby Show.  Art can stand alone in spite of its artist.  However, regardless of the outcome of a trial, the legacy of Bill Cosby is forever tainted.

The Greeks used masks in their dramatic performances.  These masks hid the faces and expressions of the real people.  The root of the biblical Greek word for hypocrite means stage actor, pretender, or dissembler.  The Lord Jesus rebuked the Pharisees because of their hypocrisy.  They claimed great piety outwardly, yet they were "white-washed tombs." Their inner life did not match their outward claims.

Growing up, my mother occasionally warned me from the Old Testament book of Numbers. I still can hear her say, "Son, you may be sure that your sin will find you out" (32:23).  In other words, don't be a fool.  You can only hide dirty laundry for so long.  If you choose to continue in wrong behavior, it will catch up with you, and it will often become public information.  That is the nature of sin.

That can keep us humble, motivating us to keep short accounts with the Lord.

Cosby's fall is astonishing, "capping the downfall of one of the world’s best-known entertainers."

If I could ask Bill Cosby just one thing, it might be, "What would Cliff do?"