Surprised by God, Part One


Life contains many surprises.  Some of them excite us, like falling in love, receiving a refund check from your insurance company, or realizing that there actually is one more Snickers bar in the cabinet.

Some surprises, however, trouble us.  Sudden changes in employment, money, and health can leave us staggering and limping.

Every serious believer wants to walk in the will of God.  We pray for His will, Thy Kingdom come, Thy will be done.  Preachers share sermons on the subject.  My shelf includes at least ten titles dedicated to the idea.  The apostle Paul challenged the Ephesians, do not be foolish, but understand what the Lord’s will is (Eph. 5:17). 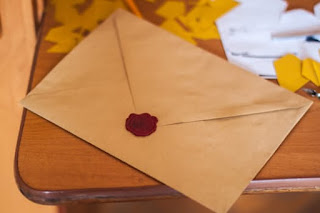 How many times in life I have wished that the Lord would spell out clearly the answers to questions, opportunities, and challenges.  As one senior in college said while trying to understand what God wanted him to do after graduation, “If God would just send a letter to my mailbox and tell me what to do, I would obey Him.”

Paul’s instruction in Ephesians, however, implies that walking in God’s plans and purposes for our lives is not a simple matter.  We don’t receive a morning email from God with instructions like, Make the car payment today, spend fifteen extra minutes with your son tonight because he is struggling with something, and don’t go to the post office like you planned because, if you do, you will catch a stomach virus.

Instead, following God includes a process of learning to understand what the Lord’s will is.  And that process includes unexpected twists, turns, and cliff-hangers.

One of the Lord’s favorite methods of guiding and redirecting His people is the tool of surprise.  Nowhere in Scripture do we see this any clearer than in the Christmas texts.

Matthew records the account of Gabriel announcing to Joseph the coming of Jesus Christ.  Talk about surprises.  Here is an average Joe – or Joseph – in Nazareth.  He is a good, noble, godly man who established a trade and probably just finished a modest house for his wife.  He has dutifully planned for their marriage.  And then the worst news arrives.  She is
pregnant.But after he had considered this . . .

Did you catch that?  God's direction comes after Joseph has considered his plans.

“Well, the Lord better be with us if this is all true,” Joseph may have pondered. And at times He intervenes after we have considered these things.

The text implies that he did not believe Mary.  So what is he to do?

Joseph did what any godly man does.  He prayed.  He meditated on the Scriptures.  He probably sought wise counsel.  He thought, planned, and reviewed his options, trying to see this from every possible angle.

After some time, with all of his best praying, thinking, and planning, he chose a godly, noble route.  Instead of having her stoned publicly, which was his right by law, he wanted to still honor her.  Respectable Joe would send her away quietly to have the baby and go on with her life.  And he would try and move forward with his.

But then an angel shows up and messes with his plan.

The Bible uses a powerful phrase to transition from Joseph’s plans to the Lord’s:

The angel announces,  What is conceived in her is from the Holy Spirit. . . .  They will call him Immanuel – which means “God with us.”

SURPRISE!  Redirection.  Change your plans.  You have not thought of this angle.

Amazingly, the Bible says that when Joseph woke up, he did what the angel of the Lord had commanded.

No fighting.  No immediate questioning.  No whining.  Just obedience.

The servant of God who will be used for His maximum glory must stay in the Potter’s hands, moldable like that soft clay.  At times, the Potter chooses to make the dough into something new.  Hard clay can’t be molded and changed.  We must bend and give where He presses and pushes.

The One who numbers the sands, knows when every wild goat gives birth, and sees every sparrow fall, knows best.

This article will be continued with Surprised by God Part Two.