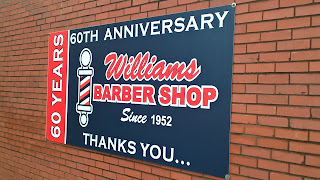 Twenty five years ago I walked into the small town barber shop of Jim Williams.  It was like walking into Mayberry.  The interior was old-fashioned.  Classical music lightly played through the speaker.  Theater seats, newspapers, and conversation welcomed customers.  Old and young men sat and shared recent news.  Every Christmas he gave out black combs marked with “Williams Barber Shop.”  He would give me several saying, "Here, give some to your boys."


I was nineteen years old - a freshman at Presbyterian College. Mr. Jim was in his sixties.  We began a friendship that would last a quarter of a century.

At our first meeting, we found common ground in our faith.  We both believed in Christ, read the Bible, and were Baptists.  I doubt if there was one time out of the several hundred I visited his shop that we did not talk about God's Word in our conversations.

He cut my hair for much of those years, except for the four years I was in seminary.  He remained an encourager in my life, he often wanted to talk about the Lord, and he shared many of the faithful qualities of his generation. 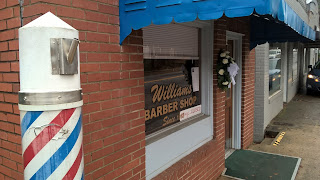 Jim opened his shop in 1952.  When he celebrated his 60th anniversary in the shop, he asked me to come and sing at a special gathering.  I was unavailable, but I appreciated his thoughtfulness.  I later sang at his request at his brother’s funeral.

Jim was opinionated and didn't mind sharing those thoughts.  He had a "this is what I think, and you can take it or leave it" mindset.  He had the exterior of a stubborn old man who was set in his ways.  I would often come home and share with my family something funny Jim said.  But knowing him for many years, I knew that there was depth and goodness beyond the outside.  And I knew that he sincerely wanted to please his Lord.

Jim always asked about my life.  He showed interest in my family, my education, my various pursuits, and in the churches I served.  Occasionally he would stop cutting, put his hand on my shoulder, and offer unsolicited advice.  I knew he genuinely cared about me and hoped for my best.  I think in some ways to him I was always that nineteen year old college student who walked into his shop.  When I gave him one of my business cards a year ago, he looked at my picture and began laughing.  He said, “I forget that you aren’t a freshman in college anymore.  You don’t look like you did then!” 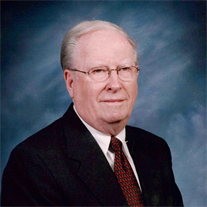 He was excited when my wife and I recorded our musical CD's.  I received a memorial from him when my father died.  He even assisted me during my doctoral research by allowing me to interview him.  In recent years as I became a published author, he took interest in hearing about my writings and regularly asked where I was being published.

Jim taught a Sunday School class weekly.  I could expect an update from him regarding what book of the Bible he was currently teaching to the Knights of the King class.  He embodied faithfulness.  He was proud of his boys.  He often talked of his late wife, what a wonderful woman she was, and how he missed her.  I remember his stopping cutting hair one time and saying, "When she was here I had a home.  Now I have a house." 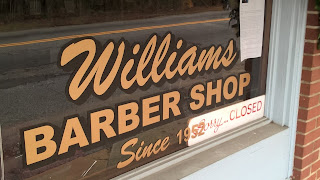 The day I learned of his death, I told my wife, Jim is one of those folks that you thought would always be around.  You just never thought he would be gone.

I will miss his steady hand on my shoulder.

God bless you, Jim, and goodbye old friend. You are now with Christ and those who have gone before you.
Posted by Rhett Wilson at 4:16 PM