“Silence in the face of evil is itself evil: God will not hold us guiltless. Not to speak is to speak. Not to act is to act.”    - Dietrich Bonhoeffer

A conservative statistical estimate says that 38 million evangelical Christians did not vote at the 2012 Presidential election.

In the average Presidential election, 25% of evangelical Christians in America show up and vote.

In the average non-Presidential election, 12.5% of evangelical Christians in America show up and vote.

Rev. Rafael Cruz asked a ballroom full of pastors and church leaders, “Are we going to answer to God for our silence?”

Cruz spoke in Greenville, South Carolina, on December 7th at the South Carolina Renewal Project, an event hosted by the American Renewal Project.  The ARP recognizes that Christians in America for several decades have bought the lies that the church should not get involved in politics, pastors should stay out of the public square, and the church should only focus on “spiritual” issues.   Nothing could be further from the truth. 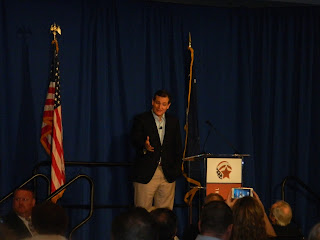 The current dismal state of the affairs of our nation is in part the result of the church staying in her buildings, pastors staying silent out of fear of offending congregants, and the Christians in America not engaging the culture and being salt and light.

Cruz challenged pastors, “If the righteous are not running for office, then the wicked will elect the wicked.”  Referencing Exodus 18:21, he shared that Christians should vote for people who have the following qualities:

2.  Men and women who fear God – they have a Judeo-Christian work ethic and moral code.

3.  People of truth who tell the truth.  Many politicians today run on lies, lies, and lies.  Discernment is needed to see past the rhetoric and look at their record. 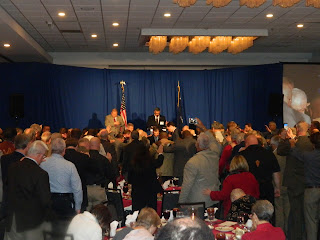 4.  People who are not covetous – that means they are not hungry for power and control.

Today American faces serious issues such as mounting national debt, growing racial divides, politicians who lie habitually, attacks on religious liberties, disrespect for our police force, enemies who want to wipe us out because we do not follow a false god, the blurring of sexuality, the redefinition of marriage and family, and a host of others.

The Bible speaks clearly on these issues.  As the Old Testament prophets spoke the Word of God into their culture - to God's people and to the political leaders - so pastors and Christians must speak on these cultural issues.  God's Word is not silent and neither should his people be silent.

For ten years before the Revolutionary War, the pastors in America preached against the unfair treatment from King George.  At the time of the outbreak of the Revolution, the pastors rallied the people from the pulpits to take up arms against the British.  The pastors so influenced the people that they became known to the British as The Black Robe Regiment.  Today, the church has been fed a lie for decades that pastors should not speak into the culture and should stay silent about the grave issues facing America.

1.  We must speak the truth.  This is not the time to pander to political correctness.  The church has a responsibility to speak God’s truth into our culture. 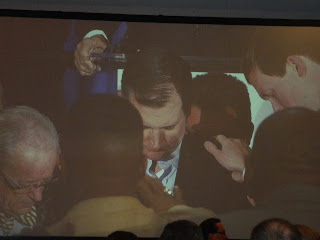 2.  We must defend our liberties.  Today we are seeing an unprecedented attack on religious liberties.  Our forefathers understood that liberty is a God-given right, not a right given or taken by government.  Ted Cruz stated, “Caesar has no jurisdiction over our pulpits.”  If Hillary Clinton is elected as our next President, we will likely have a war waged against our pulpits to silence political incorrectness which the far left calls "hate speech."

3.  We must awaken the church.  “The Bible is not ambiguous on these issues [facing America],” Cruz said.  If ten million more evangelical Christians had showed up and voted at the last Presidential election, they could have called the vote at 8:30pm.

Cruz challenged, “America is hanging at the precipice.  We must get back to the Judeo-Christian values that built this country or we will lose this country.”

- Pictured above are pastors and leaders laying hands on and praying for Senator Ted Cruz.

The American Renewal Project does not endorse a candidate.  They invite every Presidential candidate to come speak about their relationship with Jesus Christ and to take any questions from the floor.   Ted Cruz, Ben Carson, and Mike Huckabee have all spoken at ARP events.