Risk.  The word rarely appears in the Bible.  Yet, the more I study Scripture, the more I see God’s servants marked by the willingness to take risks.
Ben Carson in his book Take the Risk: Learning to Identify, Choose, and Live with Acceptable Risk, shares that [one] of the worst things about playing it safe is how that displays not only a lack of honesty and gratitude on my part, but also a failure of trust.  Playing it safe would send a message that I don’t truly trust God with my life; that I don’t believe he is able to direct and guide people, events, and circumstances according to his will.  If the Lord has the power to control kings and rivers (Prov. 21:1), surely I can trust him with the details of my life.
After feeding the 5000 men, Jesus sends His disciples into a storm in a boat.  In the middle of that dark night, He appears walking on the water.  Peter chooses to take a great risk.
“Lord, if it’s you, tell me to come to you on the water.”
“Come.”


The Bible says that then Peter got down out of the boat, walked on the water and came toward Jesus.


What happens when we step out of the boat?


1.  We trade the familiar for the unfamiliar.


Getting out of the boat means leaving the status quo.  God told Abram to leave his country and go to the one God would show him.  The patriarch left his family and everything familiar in that locale.  The Bible says that he “obeyed and went, not knowing where he was going” (He. 11:8).


When I moved to seminary in Kentucky in 1995, the first morning there I woke up and realized, “I do not know one single person in this entire state.”  I had to trust God to help me learn a new life, including where to shop, where to eat, where to bank, and many other considerations.  Eighteen months later I met my future wife on that campus.


2.  We do what we don’t feel qualified or trained to do.


David – “No, I have never studied how to slay giants.”


Moses – “Lord, I have never read a book on how to lead 2+ million people out of Egypt.”


Peter – “Holy Spirit, I never finished school.  I am a blue collar worker.  I can’t write a letter that will be in the Bible.”


Yet today we give God excuses for why we can’t do certain things.


“I can’t help with children’s ministry at church.  I am not qualified.  I am a senior adult and am too old.”


“I can’t share my faith with anyone.  I have never been trained.”


“I can’t lead a small group.  I’ve never done that before.”


Recently I read this great piece of advice by Richard Branson, one of the world’s wealthiest men:


If somebody offers you an amazing opportunity but you are not sure you can do it, say yes – then learn how to do it later!


When Peter stepped onto the water, he did not know what would happen.  It was absolutely out of his control.

President Jimmy Carter said, “Go out on a limb.  That’s where the fruit is.”


Many times, however, we fear walking out on the limb because we can’t control what will happen.  What if my weight causes the limb to crack?  What if I lose my balance and fall down?  What if the fruit is rotten?  What if someone sees me and laughs?


Ralph Waldo Emerson said, “Don’t be too timid and squeamish about your actions.  All life is an experiment.  The more experiments you make the better.” 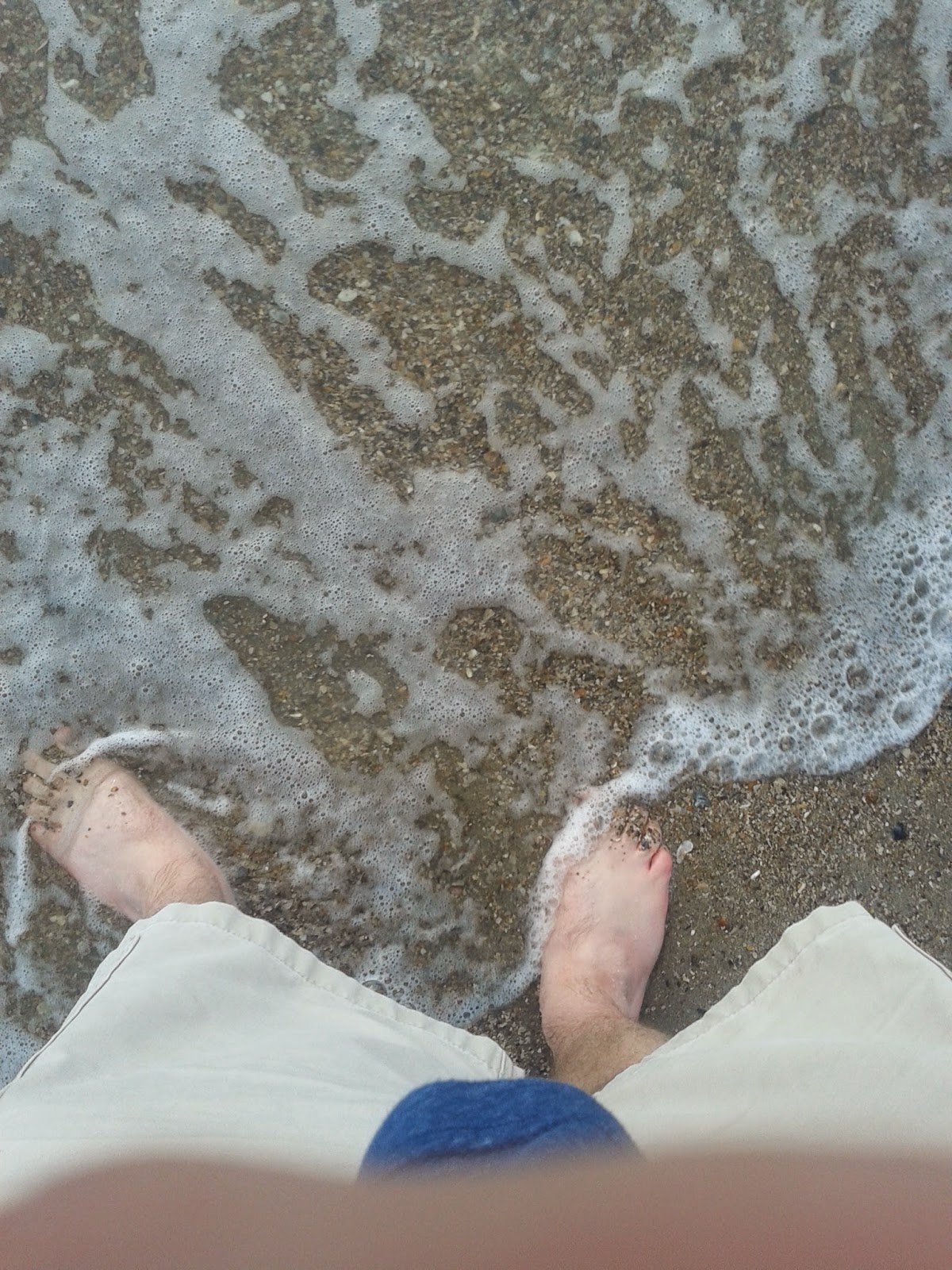 
Imagine Joshua standing at the bank of the Jordan River, which is at flood-stage.  God tells them to step into the water.  I expect Joshua could have come up with 25 reasons why the priests should not step forward.  The leader could have said, “I can’t control the outcome, so we are not moving forward.”

Oswald Chambers wrote,You will only recognize His voice more clearly through recklessness— being willing to risk your all.


Dr. Seuss' first children's book was rejected by 27 publishers. The 28th one sold six million copies of it.  What if after one, two , or three rejections he stopped?  What if he said, "This is no good.  I am no good.  Everyone else will probably reject it too."  Just because we receive a "no" once, twice, or 27 times is no reason to stop.


Fear keeps people from getting involved in relationships marked by sharing, giving, loving, and laughing.  Some folks keep their walls up – guarded and secure.


When I have been hurt by other people, there are really only two options.


1)  Guard myself the rest of my life.  Don’t put myself in a position where someone can hurt me again.  Don’t get close to people on a deep level.  Only get involved in relationships that I can control.  Refuse to be alone with other people in a small group setting.  Distance myself from any vulnerability.  Stay habitually isolated.


Some folks won’t involve themselves in a ministry, a team, or a project out of fear of what other people will or will not do.  People hurt them in the past, and that fear of being hurt again keeps them from connecting with the next group.

When King Saul’s heart turns from the Lord, God instructs the prophet Samuel to go to Bethlehem and anoint the next king.  Samuel worries, “If Saul hears this, he will kill me.”  God replies, “And take a cow with you.”  In other words, “Samuel, you can’t control what Saul does.  You obey me.”