God Will Take Care of You


Frances Hendrix walked down the aisle to acknowledge the Lord’s calling her into vocational ministry while the hymn “Wherever He Leads, I’ll Go” played at a Training Union Assembly in 1947.  She had no idea the many places she would go.  God had big plans for this young woman from south Georgia. 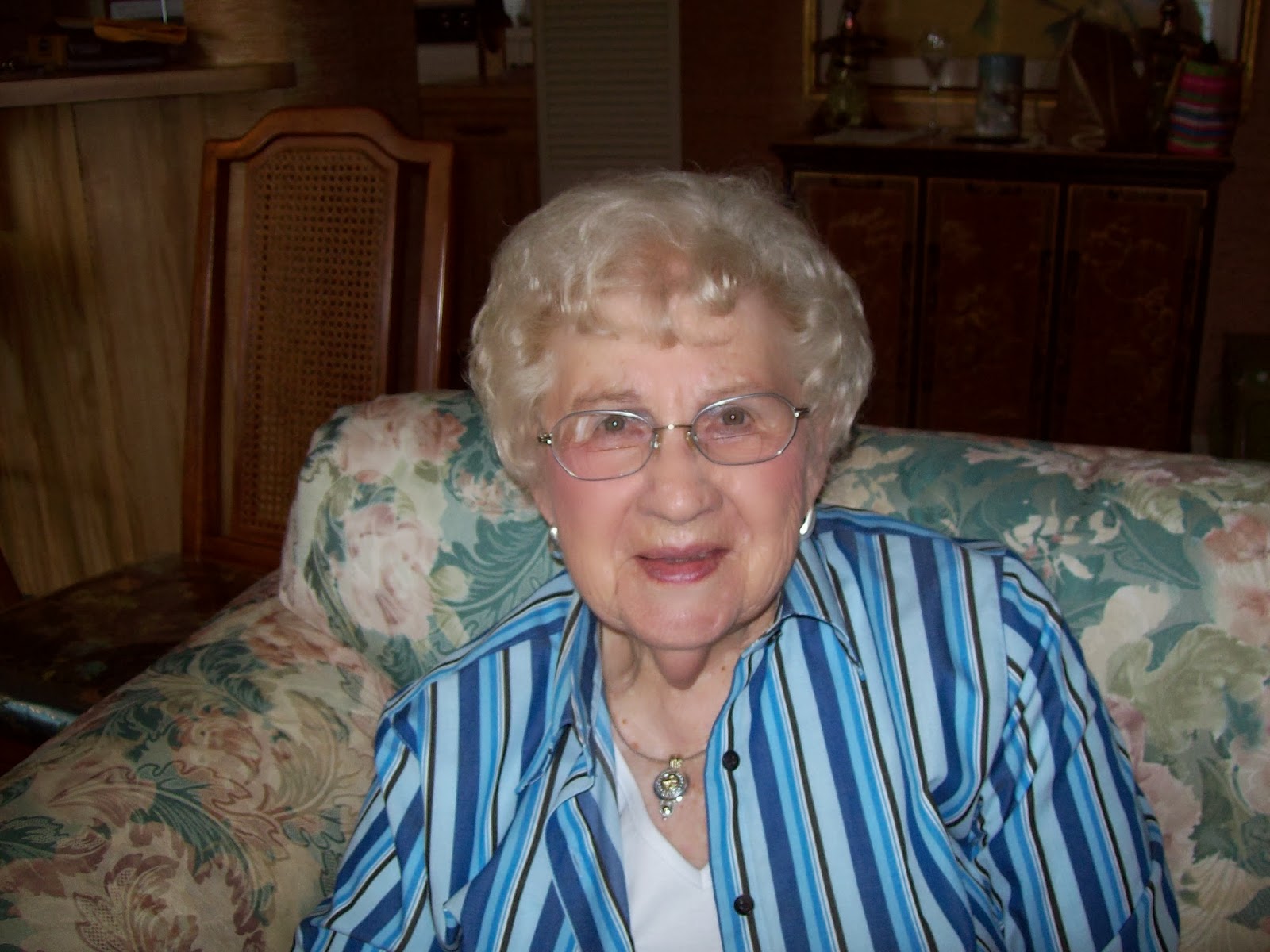 The fifth of seven children, Frances grew up during the Great Depression in Columbus, Georgia.  She remembers her family as a place of love and laughter.  She shared, “My parents instilled a love for the Bible, the church, and God in me.  Honesty, integrity, faith and love were taught by example as well as word.  Our home was filled with music which made it easy to memorize a lot of hymns.”  The worst spanking she ever received came from her father when he discovered her tearing up a hymnal.   She remembered walking to school on dirt roads and through cow pastures holding hands with her cousin Verna while singing “God Will Take Care of You.”


Her sister Edna came home from a revival meeting one night and asked her younger nine-year old sister if she had ever considered giving her heart to Jesus.  Frances said yes, and together they knelt by the bedside where she opened her heart to Christ.  Soon after she was baptized at Calvary Baptist Church.  Frances said, “I have never doubted that I was saved at that time and have never regretted that important decision.  God implanted in my heart a deep desire to serve Him.”


After graduating in 1939 from Bessie Tift College, a Georgia Baptist School, Frances taught Junior High School for nine years.  During that time, while serving in Wynnton Baptist Church in Columbus as the director of the Church Training Union, she began to sense that the Lord had other plans for her. 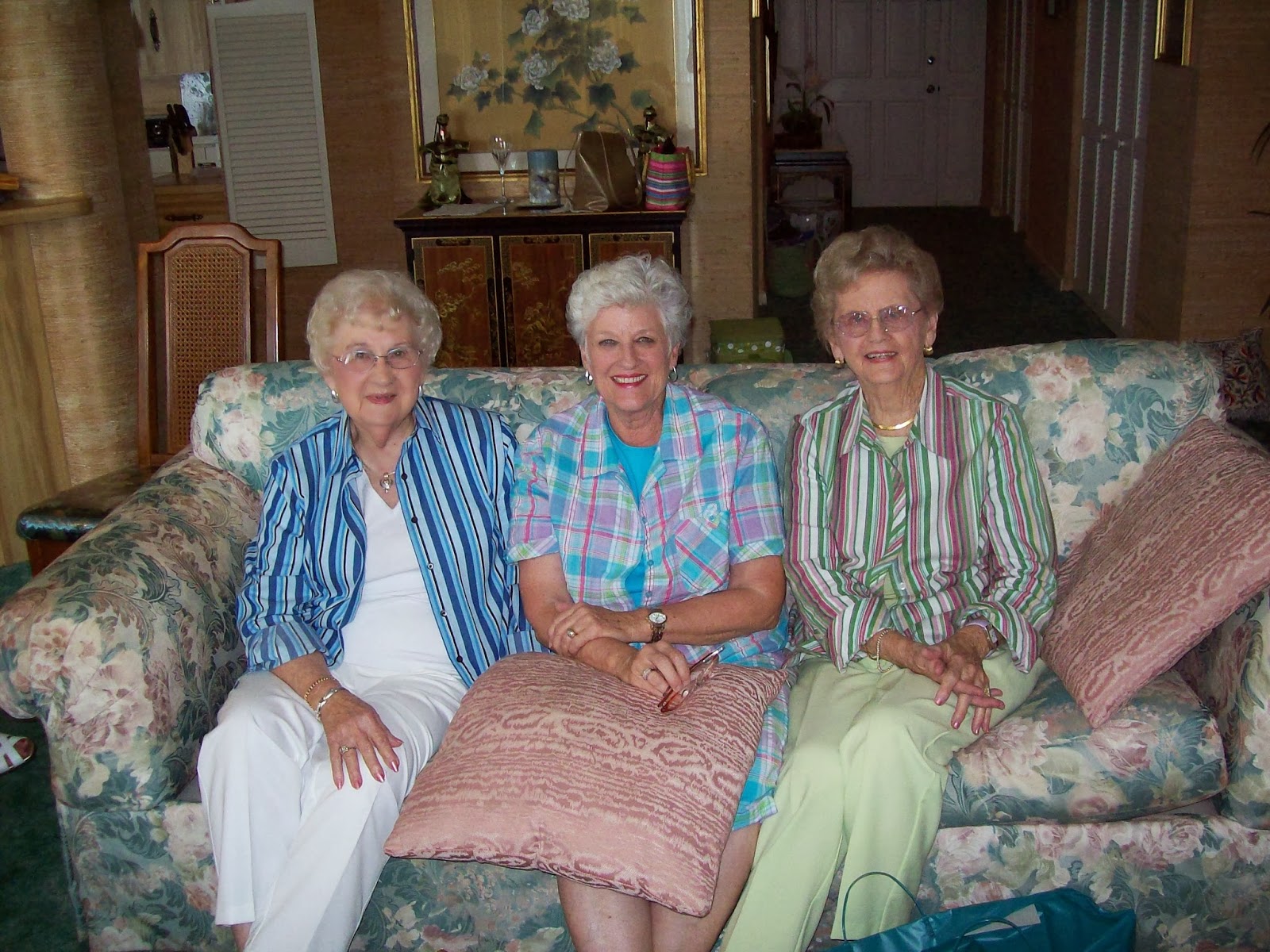 Her life verse became Matthew 6:33, and she chose to believe that as she followed God’s call that He would indeed take care of her.  She began seminary in Louisville, Kentucky, in 1947.  Two years later, after graduating from the school, she received a call that would change her life.  Dr. Homer Lindsay, Sr., pastor of First Baptist Jacksonville, Florida, asked Frances to come and serve as the Director of Youth for their downtown church.  Frances wrote, “I came, I saw, and I liked what I heard.  I prayed and felt that First Baptist was the place where God wanted me to serve.”  She joined the staff in September of 1949, having no idea that she would work there until she retired thirty-five years later.


Frances was the first of three single women that Dr. Lindsay, Sr. would hire.  Later would come Guinell Freeman and Fran Hawk.  For more than three decades these three women would work together behind the scenes as the church experienced incredible growth, becoming one of the nation's largest churches.  At the funeral of Frances Hendrix on January 6, Dr. Bill Yeldell shared, “The pulpit at First Jacksonville was filled by Dr. Lindsay, Sr., Dr. Lindsay, Jr., and later by Dr. Jerry Vines.  However, these three ladies were the unsung heroes of First Baptist.  They were the juice behind the pulpit.”


Frances wrote, “Both Guinell and Fran became dear friends and we worked as co-laborers for many years.  Others have come and gone, but we stayed and God has richly rewarded us.”  And together those three women helped make Southern Baptist history.


Frances recalled, “Fran Hawk came in 1956 as Youth Director.  Her name was Frances, the same as mine, and Dr. Lindsay said we couldn’t have two Franceses.  I told her that I was there first and she would have to change her name.  So she has been Fran ever since.”


After several years, Frances Hendrix became the Educational Director of the Training Program for Sunday School and later became the Director of the Church Training Union Program for Sunday nights.  At the time First Baptist had the largest Standard Training Union in the Southern Baptist Convention.  During these years the church experienced tremendous growth, becoming one of the leaders in the nation for outreach, Sunday School, and pulpit ministry.  Thousands of people came to know the Lord Jesus Christ.  First Baptist Jacksonville became known as “the miracle of downtown Jacksonville.” 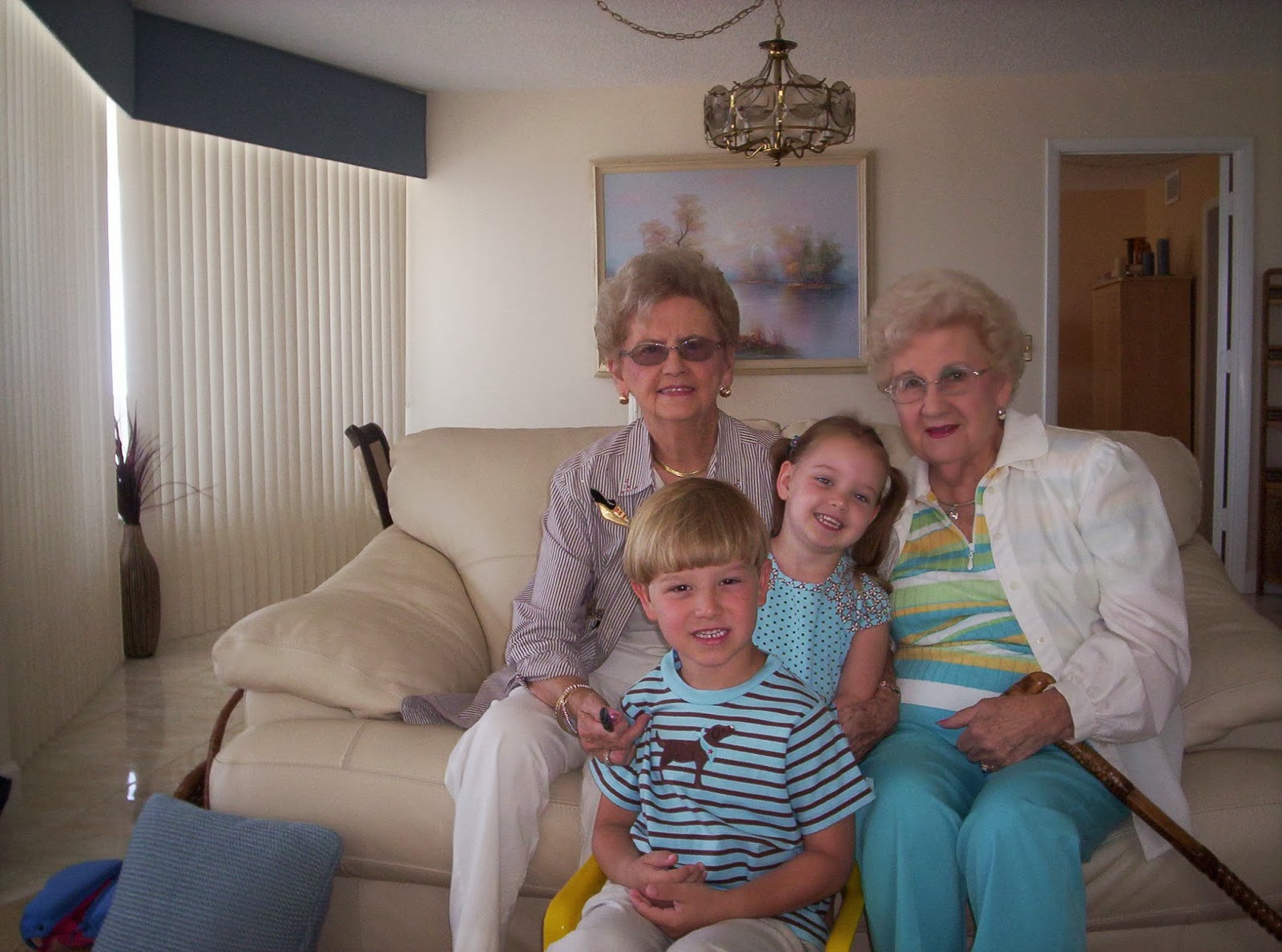 Though Frances retired in 1984, she continued teaching a women’s Sunday School class for many years at First Baptist.  Her extended family tried to convince her to move closer to them in her senior years, but she refused because she would not leave First Baptist Jacksonville.   (Frances along with her good friend Emily Mehaffey had a very strong stubborn streak!  We sometimes called them The Baldwin Sisters from The Waltons television series - except that they did not make The Recipe!)

Frances took much joy in keeping up with her many extended family members.  For years she planned annual Hendrix family reunions that kept her brothers and sisters and many nieces and nephews connected.


This year on January 2, Frances breathed her last on this earth.  The little girl from Georgia who had trusted God to care for her entered her final rest.  Many old-time church members, including Fran Hawk, said goodbye to her at a funeral at First Church Jacksonville on January 6.  The next day her body was returned to Columbus, Georgia, for burial next to her parents, and on her tombstone includes the inscription of her life verse: “But seek first the kingdom of God and His righteousness, and all these things shall be added unto you” (Matthew 6:33).  Her plot is adjacent to that of her cousin Verna - the one with whom she would hold hands and sing "God Will Take Care of You."
Frances lived her life to please the Lord.  She believed the Bible was the Word of God.  She believed that Jesus Christ died for her sins, rose from the dead, and is seated with God the Father.  She believed that without Christ a person has no eternal hope.  She regularly tried to trust and obey the Lord, and she loved to sing praises and hymns to Him.  She prayed for her many family members regularly.  She loved her Lord, her family, and her church and friends. 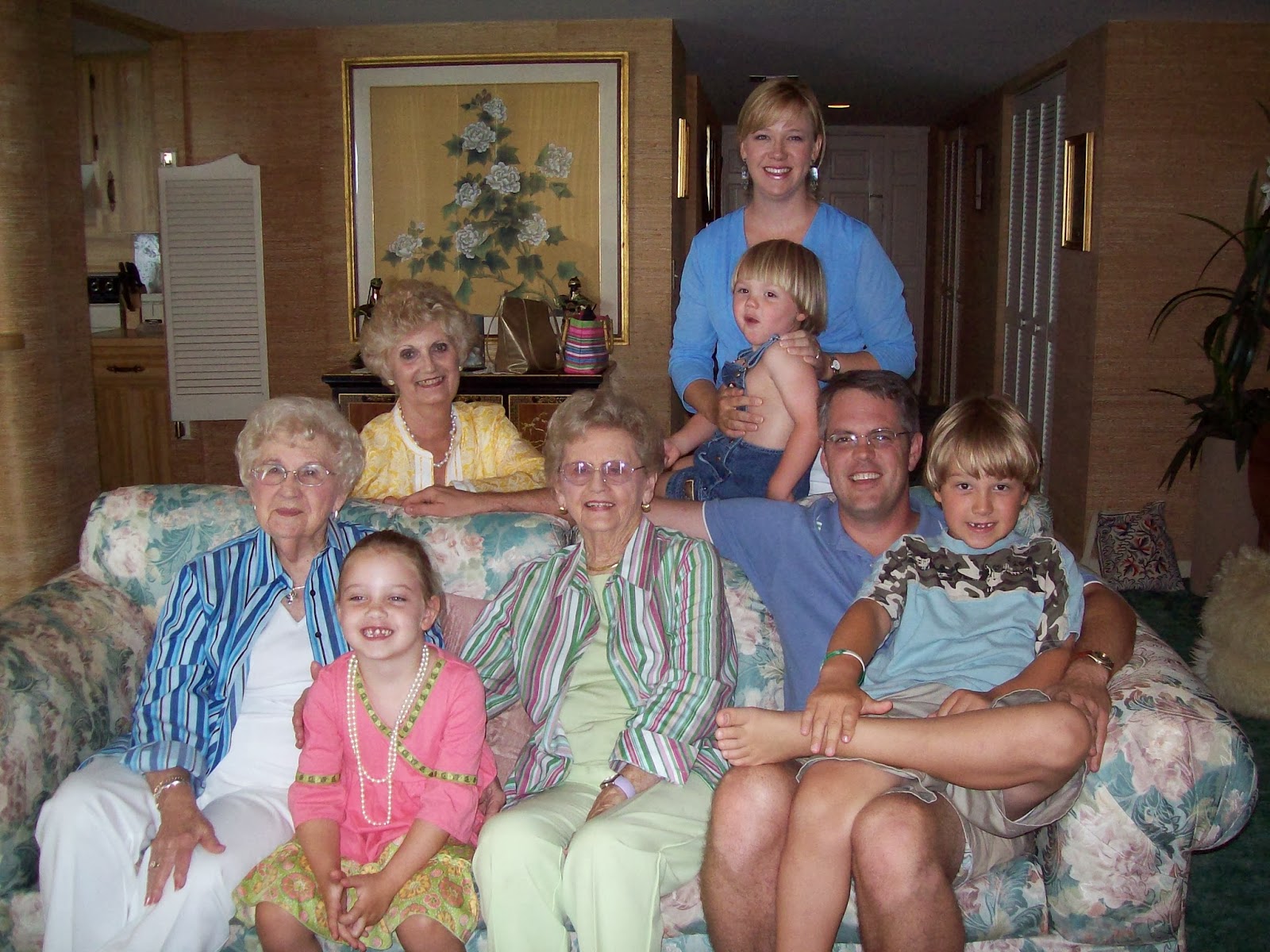 Frances wrote, “I hope that my life has been a stepping stone to the glory of God.  I have a daily quiet time including Bible study and prayer and I practice lifestyle witnessing.  My obituary will not list a number of clubs, civic organizations, volunteer programs and secular accomplishments, because I have invested my life in the church of the Lord Jesus Christ.  I am a part of His Body and a servant of the Lord.  I believe that Jesus is coming soon and I want Him to find me faithful.  I hope that you are ready to meet Him.” 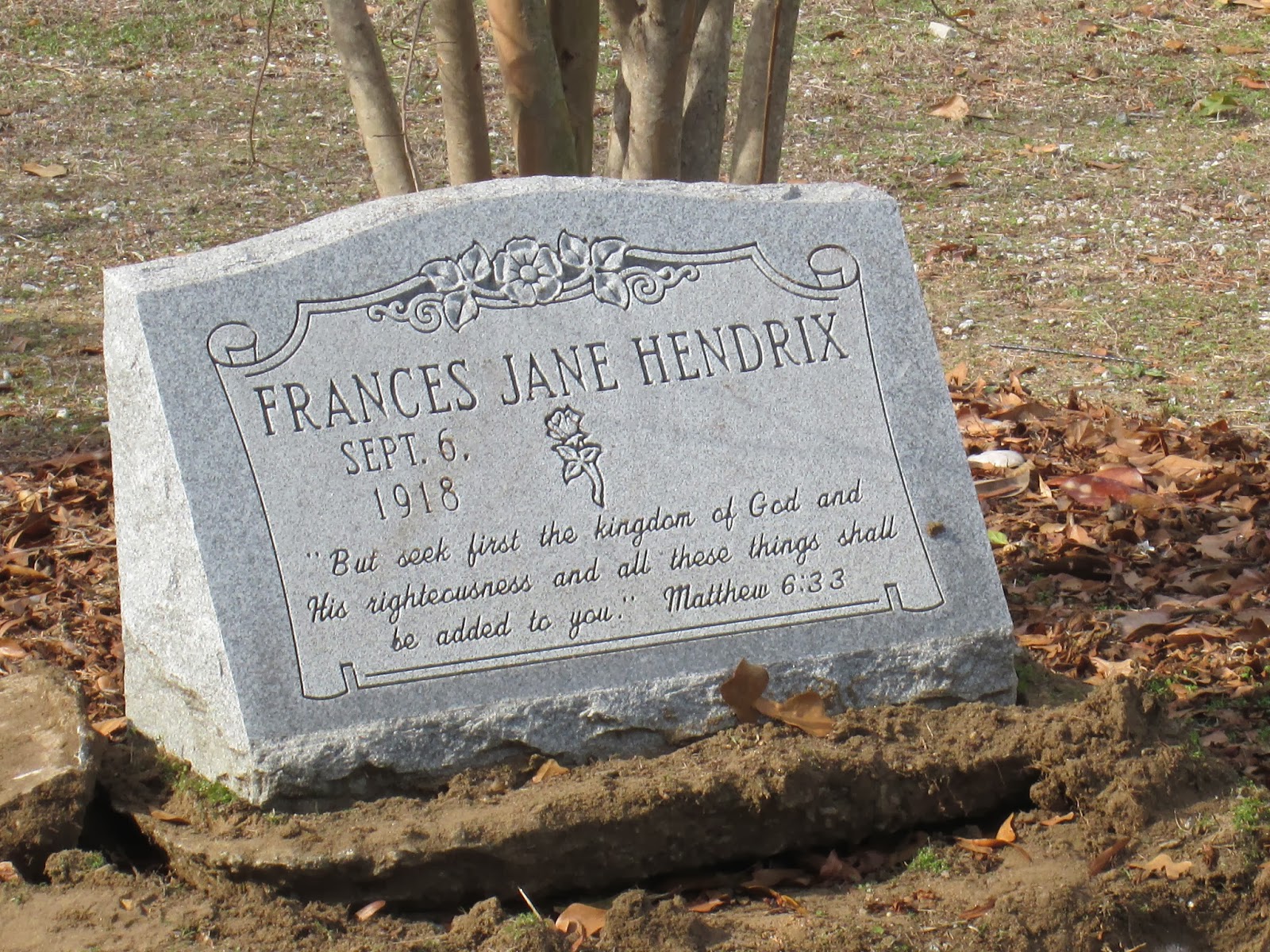