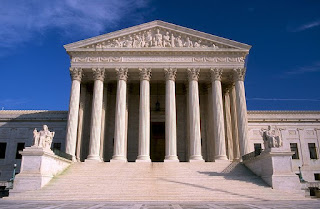 "When the U.S. Supreme Court, under a previous ideological majority, was handing down decisions favorable to the left, Democrats were fine with deferring to that third branch of government to achieve what they declined to produce in legislation. Some Democrats in conservative states took the position that it wasn’t their fault that cases voters regarded as constitutionally wrong and morally unprincipled were being decided. Blame the justices, not them.

The assault on the court has become worse now that Democrats see their primary avenue to legal and cultural change slipping away. The latest is the post-confirmation assault on Justice Brett Kavanaugh. Opponents failed to deny him a seat on the court with testimony from Christine Blasey Ford, who couldn’t remember important details of a sexual assault she claimed Justice Kavanaugh perpetrated on her.

But frustrated Democrats at The New York Times keep trying. The Times published a story last Sunday that alleged Justice Kavanaugh, while at Yale, “exposed himself and friends pushed his penis into the hands of a female student.” The incident was supposedly witnessed by a classmate, Max Stier, who went on to become a lawyer for Bill Clinton (oh, the irony), who supposedly communicated the story to the FBI and senators at the time of Justice Kavanaugh’s nomination."