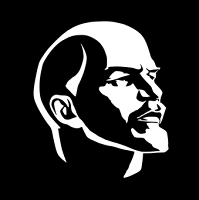 The government’s totalitarian rule was hard for me to comprehend as an eighth-grader thirty years ago.  Why work feverishly to erase history and silence dissenters?
Recent days in the USA make it easier to comprehend Orwell’s prophecy.
My best friend in seminary was a black preacher.  Barry preached in three churches I served.  The Latimores, a black couple we adored, were the best neighbors we ever had.  I proudly sung at Lola’s funeral.  And Prather’s, a soul-food restaurant owned by a black man, served the best food I ever ate in Clinton.
Last Wednesday I worshiped at Piedmont Presbyterian Church on Jefferson Davis Road in Mountville, South Carolina.  My family participated in the Bethany Youth Camp involving people from several races and denominations. We canvassed our county doing service projects in nursing homes, churches, and schools. I watched children lead the evenly mixed crowd of whites, blacks, and Hispanics. They sang about Christ, spoke life (the camp theme was "Speak Life"), performed a skit, and made the congregation smile.  Black and white pastors spoke.  The service ended by our holding hands and praying.
This is the spirit that kept our state together in June.
With great trials come knee-jerk reactions focusing on the wrong items as quick solutions. Focusing on a flag, throwing out the model car of the General Lee my son and I worked on this winter, tossing my DVD of Gone with the Wind, renaming army bases, or desecrating or removing statues of Robert E Lee and Stonewall Jackson (or George Washington for that matter - a slave owner) will not solve societal problems. It actually creates more division and fosters a wrong focus. Last week TV Land decided to discontinue The Dukes of Hazzard – one of the most family-friendly shows ever to be on television.  The previous week Amazon declared no more Confederate merchandise.  Warner Brothers announced it would no longer produce The General Lee – one of the most popular television cars in history.
Todd Starnes of Fox News called it the “cultural cleansing of the South.”  Ben Jones, who played “Crazy Cooter” on the show, described it as a “wave of political correctness that is unprecedented in our nation of free speech and free expression.”  Jones compared it to the burning of books by the Nazis.  Though I welcome the moving of our state’s Confederate flag to a museum, it set off a chain of events that border on, to borrow Breitbart News’ words, “absurdity.”
Yet Amazon sells posters of Stalin, Mao Tse-tung, Lenin, and Adolf Hitler.  Ben Stein shares in his e-article Amazon Goes Orwellian, “That is pure Orwellian mind control. . . .  Where does it end?” 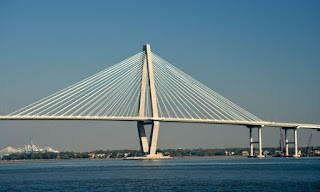 The Charleston spirit - no riots, no buildings burned, no National Guard - and the spirit in Piedmont church were not because people removed “anything inconvenient in the past” (Ben Stein).  It was because people opened their hearts to Jesus Christ, His power, His Word, and chose to love each other and move forward together.
Peter wrote, "Above all, love each other deeply, because love covers a multitude of sins" (1 Peter 4:8).  The Bible says Jesus Christ is the Prince of Peace. Without Him, His rule, and His Word and Spirit, there is no peace - regardless of who runs Washington or whether or not we can buy Bo and Luke's Dodge Charger.

This article appeared in The Clinton Chronicle on Wednesday, July 8, 2015.
Posted by Rhett Wilson at 8:55 AM

Email ThisBlogThis!Share to TwitterShare to FacebookShare to Pinterest
Labels: Culture, Discernment for our Times, Hope for the United States of America, Newspaper Columns, Personal Writings, Race and Society, The Cultural Mandate