"A litany of statements on the record and positions taken by both Biden and Harris clearly indicate they will block such religious freedom efforts if allowed to take office. While California Attorney General, Kamala Harris filed a brief against Hobby Lobby in the Supreme Court. As a senator, Harris was an original cosponsor of legislation that would block religious freedom for adoption providers, and introduced legislation gutting Religious Freedom Restoration Act claims. Harris was also an original co-sponsor of the Equality Act, which would be horrific for religious freedom, but which a Biden/Harris administration has pledged to make a priority in the first 100 days in office. As a senator, Harris also openly questioned judicial nominees about their religious beliefs. Add to this Senator Biden's votes against a constitutional amendment allowing voluntary prayer in school and barring federal courts from taking cases involving prayer in public schools, and we have a clear picture of the alternatives this November when it comes to religious freedom. 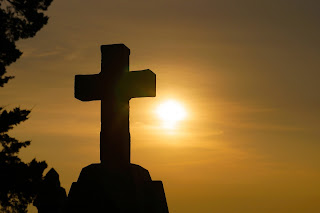 The work of President Trump's DOJ on religious freedom is only one part of his policy accomplishments, but it's an important one. And it's one that certainly won't be around if he's not reelected in November."