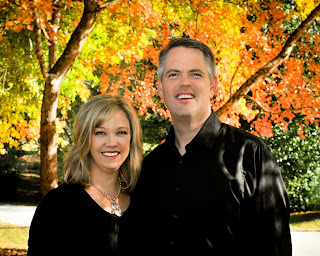 Posted by Rhett Wilson at 11:05 AM No comments:

Quote of the Day


Walking on water is easy to someone with impulsive boldness, but walking on dry land as a disciple of Jesus Christ is something altogether different. Peter walked on the water to go to Jesus, but he “followed Him at a distance” on dry land (Mark 14:54). We do not need the grace of God to withstand crises— human nature and pride are sufficient for us to face the stress and strain magnificently. But it does require the supernatural grace of God to live twenty-four hours of every day as a saint, going through drudgery, and living an ordinary, unnoticed, and ignored existence as a disciple of Jesus. It is ingrained in us that we have to do exceptional things for God— but we do not. We have to be exceptional in the ordinary things of life, and holy on the ordinary streets, among ordinary people— and this is not learned in five minutes.

- Oswald Chambers
Posted by Rhett Wilson at 2:20 PM No comments:

One morning, I received an email:  “I thought you should know that Jack Handy (name changed) committed suicide yesterday.”

Inwardly I groaned.  Outwardly I cried – not the kind of tears you shed at a sweet moment in a movie and secretly hope your wife and children did not see you.  I wept and sobbed.

Jack was one of my first friends at Presbyterian College my freshman year.  Like many students, we had lots of fun.  Remembering Jack makes me recall laughter, enthusiasm, silly times, and lots of good food.  We also shared meaningful moments, like meeting in his Bailey Dorm room late at night with one or two friends, sharing Bible verses, encouraging each other, and ending the day by getting on our knees and praying for each other by name.

Through the years, I discovered you don’t have a host of people who will get on their knees with you and pray for you by name.  The bond you feel with those folks never really ends.  It just gets buried sometimes.

One Saturday, I, Jack and another friend decided to go camping in the late fall.  Like fools, or freshmen, we took sleeping bags but no tent.  That night upstate South Carolina enjoyed her first freeze of the season.  After a chilly night, our other friend had burn marks on his sleeping bag from staying so close to the campfire.

Before we left college, Jack began struggling with depression and a mental disorder.  This bright, energetic, respected young man started a long journey with internal struggles.  His friends prayed for him.  Numerous ones spent hours talking with him, listening, and offering encouragement.

Graduation came, and we took different paths.  I attended his wedding about fifteen years ago.  It was fantastic to see him so happy that day.

Life moved on and so did we, not staying in touch well.  He graduated from medical school.  I heard through the years that he and his wife had two boys.


The email stated, “He struggled for a long time with depression and a mental disorder, and he finally took his life.”

Suddenly, memories, conversations, and experiences buried under more than twenty years of life unearthed.  I remembered the feel of his handshake, the glitter in his eye when he smiled, and the bright, winsome spirit.

Questions plagued me.  “When was the last time I prayed for him?  What if I had reached out to him?”  Then came the reality that the time for such things was over.

At his funeral, the pastor rightly declared, “Jack is now free from his struggle.”  Yes indeed.  I think that in eternity, free from the shackles of this earth, the best qualities of our lives, personalities, and spirits are free to soar.

Jack knew Christ.  He trusted Christ’s death on the cross for the forgiveness of his sins.  He invited Christ to be his Lord, indwelling him.  I know today nothing – not even suicide – is able to snatch Jack out of Christ’s hand (John 10:27).

I rejoice that Jack is free from his pain.  I grieve for the wife, sons, and parents he leaves behind.  And I wish I had called him the last several years and told him I loved, missed, and respected him, and asked him, “How can I pray for you, old friend?”

Some opportunities slip through our hands.

Thank God that no one can snatch us out of His.

Author’s Note: A good resource to offer people struggling with the aftermath of suicide is Frank Page’s Melissa:A Father’s Lessons from a Daughter’s Suicide. 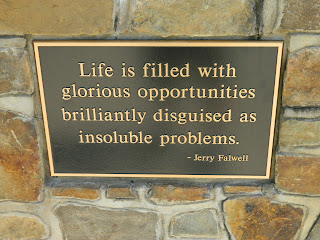 Posted by Rhett Wilson at 10:29 AM No comments:


The Home: Training for a Lifetime of Trusting God

How much it would please God if our theology came alive in our kitchens and bedrooms and backyards – the places where we spend time together.  Life and doctrine in a gospel-centered home.  A place where Scripture, in all its depth and richness, is believed and lived anew each day.  Where Christians are formed and reformed daily, where those who have yet to believe can see the influence of the Lord Jesus, morning and evening.  – Peter Schemm, Jr.

FOUNDATIONS OF THE THEOLOGY OF FAMILY

HABITS OF A GOSPEL-CENTERED HOUSEHOLD

Spiritual habits and disciplines are hollow apart from a genuine love and affection for Jesus Christ.  They tend to take on a “new bondage” if not.  The spirit of the Christian household is inspired by the love of God.  It is a disposition that consistently reflects God’s love through grace and forgiveness.  Our disciplines become a good means to a greater end.  The spirit of the Christian household is a spirit of redemption.

1.      Reading the Scriptures together.

·         Scripture is the most important source for training.  The primary means of Christian formation.

·         Bonhoeffer taught that reading Scripture must be foundational to life in community.  A child hears and learns the Bible for the first time in family worship, the adult Christian learns it repeatedly and better, and he will never finish acquiring knowledge of its story.

On the importance of systematic reading of chapters of the Bible . . .We must admit that the Scriptures are still largely unknown to us.  Can the realization of our ignorance of the Word of God have any other consequence than that we should earnestly and faithfully retrieve what was lost?

·         Reading Scripture must always be a priority in the Christian household – no matter what age a believer is, seven or seventy.

·         Read it regularly together – not necessarily daily but consistently.

·         Make it a goal for the habit of Scripture reading is “life together under the Word.”

2.      Practice catechesis together – formally or informally.

You have three priorities: teach, teach, and teach.  Evangelical churches are weaker than we realize because we don’t understand the confessions and doctrine.  Set new standards in teaching.  Understand the word “catechesis” and practice that art.  – J. I. Packer to pastors

A catechism is a summary of Christian doctrine put in the form of questions and answers.


One excellent catechism resource is

Perhaps the most underrated means to forming one another in Christ the family table.  Sharing a meal together as a family has fallen on hard times, and we are suffering the consequences.  Recover one of the most basic, most ancient ways of sharing life together – eating together dailiy – as a means of spiritual formation in the Christian household.


Our conversation in table-talk may vary from the mundane to the profound.  Talk about the weather and the big game.  Talk also about the gospel and repentance and God’s faithfulness.  It should not seem awkward or out of place when we talk about weighty and substantive things.  If it does seem awkward, that probably reflects the absence of regular, meaningful conversations.  Here are some questions that may help us to form one another at the Family Table:


Here is what I read in my time with God today.  What did you read or learn from God?

It’s the personalizing of what the Lord has done for us that really carried impact and weight with our kids.  When wisdom from the Bible can be paralleled with a parent’s personal testimony – it registers biblical truth for a child in a way that nothing else can.  Telling your family’s tribal stories to your kids makes the work of God active and alive to them and helps them recognize that His blessings are available today.  – Jack Hayford

We can bless through an arm over the shoulder, an embrace in a time of disappointment, a pat on the back, a whisper in the ear, a snug tucking in bed, or a kiss on the cheek.  However, the most affirming are spoken blessings.  Words that affirm and approve, words that compliment, words that speak love and affection, words that give hope and confidence, words that answer pain and disappointment with support and faith.  Life is transmitted through spoken blessings!
Posted by Rhett Wilson at 9:13 PM No comments:

Why Honor My Pastor?


It surprised me recently to discover that in my blogging the past several years, the post read by the most people was one I wrote last year about Pastor Appreciation Month called Why Honor My Pastor?

That encouraged me.  My purpose in writing the post was to cause some pastors somewhere to be encouraged by their people.

The following is the beginning of the article:

Dick Lincoln once said, "Church at its best is as good as it gets, and church at its worst is as bad as it gets."  No one understands this reality more than pastors and their families. 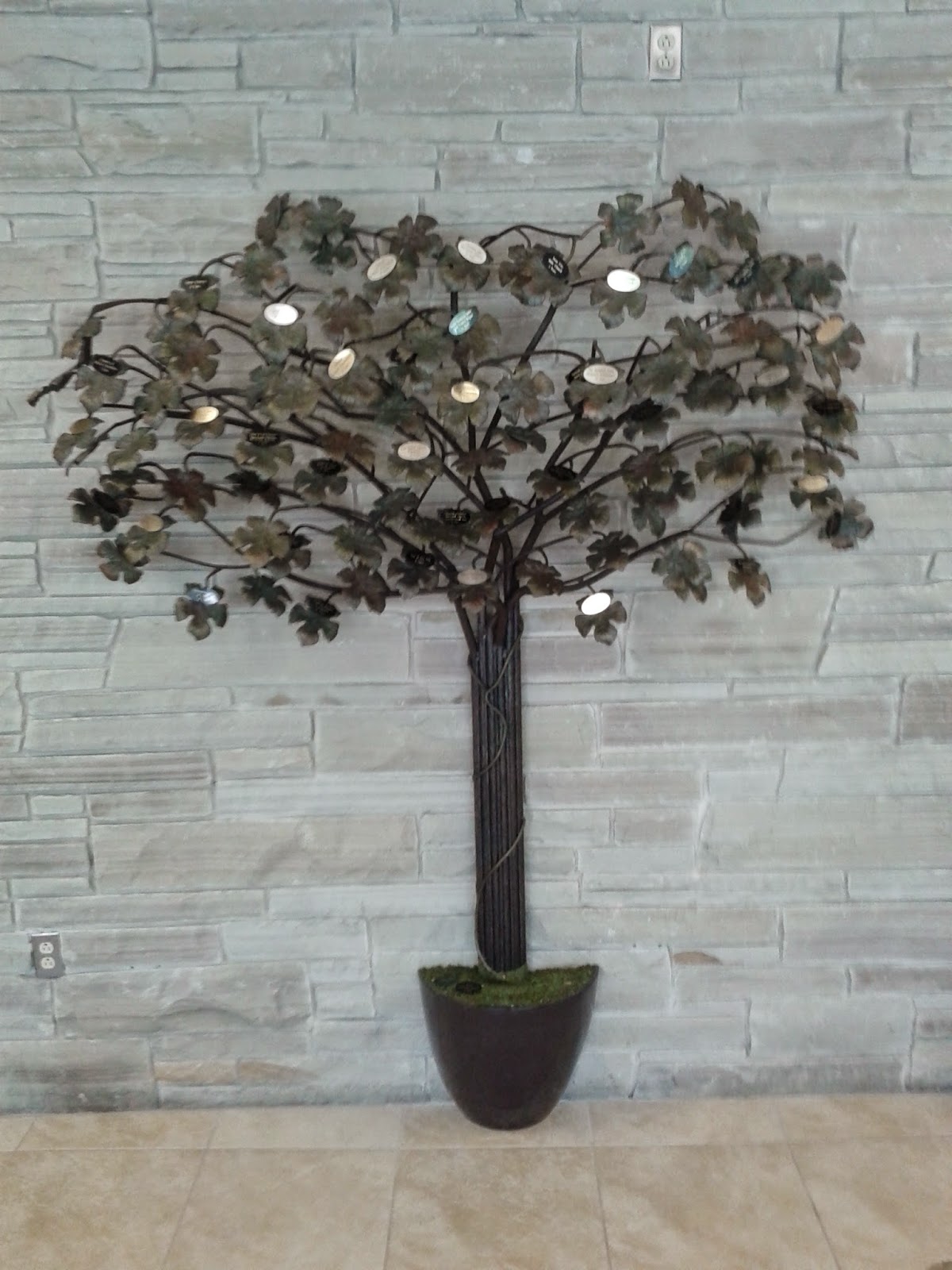 Every October I consider writing a post about Pastor Appreciation Month.  However, being a pastor, it seems awkward.  John MacArthur said it well when teaching his church about honoring pastor-elders, "I feel a little bit awkward up here telling you that you need to honor elders of which I am one. Obviously I could be accused of a conflict of interests and I could also be accused of having a self-serving motive. So I want to put in an immediate disclaimer on any of those things. I'm trying to teach you the Word of God."

I will bite the bullet this year and write a post with the hope of eventually providing encouragement to some man of God out there serving his church.  Hopefully, persons from other congregations will read it and the article will spur them on toward love and good deeds toward their pastors.

Read the entire article, Why Honor My Pastor, here.


I will set this article to run all month at the top of the list in honor of Pastor Appreciation Month.

Posted by Rhett Wilson at 8:00 AM No comments: