The following comes from the Family Research Council:

As President Biden marks his first 100 days in office, it is an important milestone that will set the tone for the Biden administration's next four years in charge. Unfortunately, Biden's first 100 days has featured an onslaught of executive actions and policies that harm life, family, and religious freedom. 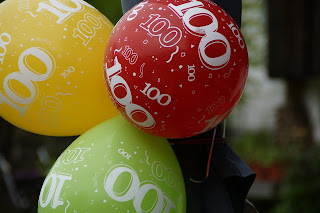 Family Research Council has been diligently tracking the Biden administration's moves every step of the way.

To keep you informed about what the Biden administration has done during the president's first 100 days in office, FRC Action released a new resource, "Tracking the Biden Administration."

On this web page you will find:

View Tracking the Biden Administration here.
And check out 100 Biden Fails in 100 Days.
Picture used by permission from Pixabay.
Posted by Rhett Wilson at 2:17 PM No comments: 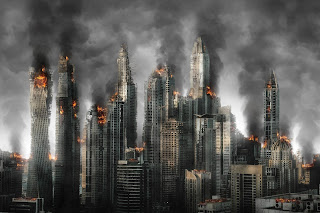 Posted by Rhett Wilson at 2:10 PM No comments:

When I was younger, it was not uncommon to hear people say, “I may not agree with what you say, but I will fight for your right to say it.” As a nation, we fundamentally believed in liberty—in freedom of religion, speech, and thought. 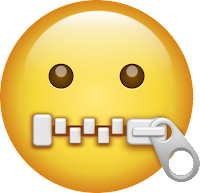 Today, however, a radical movement is racing across our country, the United Kingdom, and many other nations, to censor and erase anyone or anything that a vocal minority finds offensive. This “woke” movement has no problem with blatant forms of sin being displayed publicly on television and the internet. But they want to ban expressions from people who embrace traditional views of morality, family, and religion. This “cancel culture” doesn’t allow for free speech. When they find a sports team, a politician, or an entertainer who stands for Biblical values, they immediately want to silence and remove them.

We experienced this in Blackpool, England, when a small but influential group of activists protested our 2018 Lancashire Festival of Hope, where I was going to be preaching the Gospel. When LGBT activists piled on Twitter, complaining about the evangelistic event because they disagree with my convictions about marriage, they pressured the local bus company to remove our ads from their vehicles. After the Festival, we filed a case in the court system to fight this injustice.

Posted by Rhett Wilson at 2:04 PM No comments:

The following is my column for The Clinton Chronicle for April 14, 2021.

Our world needs heroes. For such examples, sometimes we look backward.

My youngest son and I are reading Eric Metaxas’ book, 7 Men and 7 Women and the Secret of their Greatness. I highly recommend it. One model is Dietrich Bonhoeffer (1906-1945), the German theologian and pastor who protected German Jews and participated in a plot to assassinate Adolf Hitler. For such actions he hung at Flossenburg concentration camp.

Born into an extraordinary family, his parents taught their children to love learning of all kinds and to think logically, acting upon their beliefs. Dietrich “understood that ideas were never mere ideas but the foundations upon which hone built one’s actions and ultimately one’s life.”

A sort of epiphany during his eighteenth year while attending a Palm Sunday Eucharist at Saint Peter’s Basilica in Rome forged a deep conviction with far-reaching consequences: the church transcended race, nationality, and culture, and that extended beyond German Lutherans.

While a seminary student in America, he participated in the country’s largest church – an African American one in Harlem, New York. He witnessed a people whose God was real and personal – not just philosophical or theological – in spite of their often-hard lives. The pastor, Adam Powell, Sr., challenged hearers to have a genuine relationship with Jesus and to put their faith into action in how they treated others: “Bonhoeffer seemed to link the idea of having deep faith in Jesus with taking political and social action.”

Returning to Germany in 1931 to teach at Berlin University, his friends noted a marked change. His faith now was a wedding of both intellect and heart. The seeds of theological liberalism were sprouting in Germany, including the higher criticism movement. In contrast to many Berlin theological circles, he “referred to the Bible as the Word of God, as though God existed and was alive and wanted to speak to us through it. The whole point of studying the text was to get to the God behind the text. The experience could not be merely intellectual but must also be personal and real.” The young teacher discipled his students to meditate on the Bible, pray, and love Jesus.

Adolf Hitler stepped into a vacuum of leadership in Germany, reeling from their defeat in World War I and lacking the experience as a country with governing themselves democratically. He brilliantly played to their felt needs, promising moderation and peace and claiming internal betrayal from Communists and Jews. This false idea of treachery – the Dolchstoss (stab-in-the-back) was the “fake news” of 1930’s Germany, and many accepted it as truth.

Historically, a prophet has divine insight to see beyond public rhetoric – and to distinguish between true and false. Prophets often go unheeded and receive gross mistreatment because their warnings seem out of sync with popular discourse.

Bonhoeffer saw things would get much worse for his country, and he realized Hitler’s Nationa 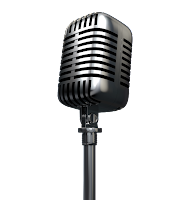 l Socialists would lead the nation into catastrophic results. Two days after Hitler became Germany’s chancellor, the theologian delivered a radio speech chastising Hitler’s perverse idea of leadership. He warned the Germans the chancellor would mislead the people: he “saw from the very beginning what no one else seemed to see – that Hitler and the philosophy he represented would end tragically, and that Nazi ideology could not coexist with Christianity.”

Though Hitler pretended to be a Christian, he secretly despised it, wanting to slowly infiltrate the church with Nazi theology, unify German churches around his ideology, and “create a single state church that submitted to him alone.” He did so incrementally so most people wouldn’t be alarmed until it was too late.

Bonhoeffer, whose father taught him to think ideas through to their consequential ends, tried to warn fellow Germans. Convinced true Christians had to fight the Nazi movement with all their strength, Bonhoeffer sounded the alarm about the radical growing evil. He knew a “slumbering church would be no match for the Nazis.” Sadly, many German Christians did not understand or acknowledge what was at stake and were unwilling to fight the movement.

By the late 1930’s, Nazis increased the scope of government with many laws and regulations, limiting the freedoms of citizens and especially serious Christians. They eventually prohibited Dietrich from teaching and speaking publicly. As the Third Reich took complete control of society, he and other believers faced incredible ethical-moral choices. How does a Christian act under a government that enforces laws diametrically opposed to God’s Word? 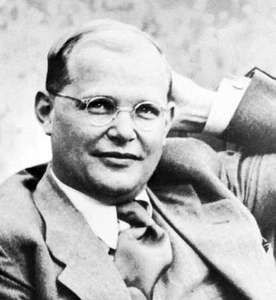 Some of Bonhoeffer’s family were involved in a conspiracy against Hitler. Through immense, prayerful consideration, they agreed with the motto referenced in the American Revolution: “Rebellion to tyrants is obedience to God.” As Adolf consolidated his power, underground conversations continued about how to stop the Fuhrer. They “believed that to do anything less was to shrink from God’s call to act upon one’s beliefs.”

As World War II began, Dietrich became a double agent, openly pretending to be a part of the Third Reich, while secretly working with the wide network of conspirators to destroy it.

While working underground to save the lives of seven Jews, Gestapo leaders discovered the plan and arrested Bonhoeffer at his parents’ home. At Berlin’s Tegel military prison, he wrote his famous Letters and Papers from Prison. Fifteen months after his arrest, conspirators enacted the Valkyrie plot  - a failed attempt to assassinate the Fuhrer with bombs. The vast conspiracy now exposed, names were revealed, including Dietrich’s.

Taken to an underground high-security prison, he prepared for death, which he called “the last station on the road to freedom.” Later transferred to Flossenburg  concentration camp, under direct orders of Hitler, Dietrich was executed on April 9.

The cost of discipleship for Bonhoeffer was great. Metaxas summarizes, “he lived his whole life to illustrate . . . that anyone who pays a price or who suffers for obeying God’s will is worthy of our celebration.”

Picture used by permission from Pixabay.
Posted by Rhett Wilson at 1:59 PM No comments: