Some moments are priceless.

Several summers ago, my then nine-year old son Dawson and I spent the weekend with eight dads and sons from our church at Camp McCall, a boys’ camp in South Carolina. This trip marked my fourteenth trip. I attended seven times as a camper in the 1980s and have returned seven times as a dad for their father-son camps. 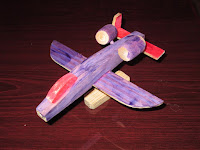 By the seventh time, the experience feels routine. The schedule, activities, games, songs, and yes, long hikes uphill stay consistent from year to year. We always sing “Father Abraham” at the mission’s time. The post-canteen night schedule consists of campfire one night and night games in the gym the other. I can finish most of the jokes that are retold.

You can read my entire article here at The Lancaster News.

Or you can see it here on my blog - with more pictures! :)

Posted by Rhett Wilson at 10:38 AM No comments:

The Political Theater of the January 6 "Hearings"

"The Jan. 6 show trial features no dissenting views. Its subtext was right out of Soviet Minister of Internal Affairs Lavrentiy Pavlovich Beria’s credo: “Show me the man and I’ll show you the crime.” 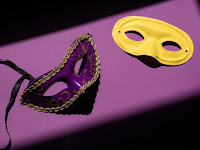 If Trump was not considering a third run for the presidency, would the committee even have existed?


Its slick Hollywood-produced optics demonstrate that the committee has no interest in inconvenient facts. Why did a Capitol officer lethally shoot a petite unarmed woman entering a Capitol window? And why was the officer’s identity and, indeed, all information about his record withheld from the public?

Why did the committee not investigate whether large numbers of FBI agents and informants were ubiquitous among the crowd? After all, progressive New York Times reporter Matthew Rosenberg who was there on Jan. 6 claimed, 'There were a ton of FBI informants amongst the people who attacked the Capitol.' ”

Read the entire article here at The Daily Signal by Victor Davis Hansen.


Posted by Rhett Wilson at 4:59 PM No comments: