One of the Best

One of the best books I have read in a long time - and one that has has fed my soul.

Second Guessing God: Hanging on When You Can't See His Plan by Brian Jones. The author also discusses the book's topic with H. B. London on Focus on the Family's Pastor to Pastor series entitled "Nagging Doubts" (Pastor to Pastor is an excellent, practical, and complimentary resource that can be found on their Parsonage web site).
Posted by Rhett Wilson at 2:02 PM No comments:

Email ThisBlogThis!Share to TwitterShare to FacebookShare to Pinterest
Labels: Books Worth Reading

Good Book on the Habit of Reading

Adler and Van Doren's modern classic guide to intelligent reading called How to Read a Book. Dr. Howard Hendricks , Dallas Theological Seminary professor and mentor to many pastors, says that it is one of the five best books he has read.
Posted by Rhett Wilson at 11:16 AM No comments:

Email ThisBlogThis!Share to TwitterShare to FacebookShare to Pinterest
Labels: Books Worth Reading

The Most Important Part of the Day

Adrian Rogers wrote one of the best, most concise and practical, articles I have ever read on How to Have a Meaningful Quiet Time.
Posted by Rhett Wilson at 4:51 PM No comments:

The Prayer of Jabez

About 12 years ago a small book exploded into the Christian book publishing world: Bruce Wilkinson's The Prayer of Jabez. He taught us how to pray this simple prayer taken from the book of 1 Chronicles.

Jabez was more honorable than his brothers. His mother had named him Jabez, saying, “I gave birth to him in pain.” Jabez cried out to the God of Israel, “Oh, that you would bless me and enlarge my territory! Let your hand be with me, and keep me from harm so that I will be free from pain.” And God granted his request.

Jabez' name means pain and the text says that he was born in pain. That pain is not a reference to childbirth pain. Jabez was born into a family marked by hurt or dysfunctional relationships. Maybe it seemed like the world was against him. Whatever his obstacles, we know that it involved some level of hurt. Jabez' father is not included in the family lineage which means that he did something dishonorable, costing his family.

Jack Hayford shares that Jabez is a picture of God bringing broken vessels back to strength. Jabez was willing to let God shape Him. He had a will to see God build up what had been torn down. God saw the tenderness of Jabez' heart and blessed him.

Instead of crumbling under the weight of his problems, Jabez (more honorable than his brothers - perhaps they were crumbling and whining in defeat) cried out to God to do four things:

This prayer attitude invited God to come do a fresh work out of a bad situation.

Sometimes God takes us out of sorrowful times and, if we will submit to being shaped by Him instead of being crushed by the painful circumstances, He will begin to do a new work in our lives. Instead of sorrow, he gives joy and strength.

Hayford writes, We are to search our hearts for the areas in which we need God's healing and touch and then turn to Him as our source of blessings, enlargement, or defense.

Oh Lord, bless me indeed!
Posted by Rhett Wilson at 12:49 AM No comments:

In my continuing work on writing a book proposal, I was at work on the following words on resiliency . . .

Resiliency is the outcome of healing. No other finding from this study stands out to the author any more clearly than this one. Resiliency is the ability to bounce back, or rebound, from negative life experiences. In spite of the incredible pain involved with pastoral/spiritual abuse, in spite of the loss of friends and a church home, and in spite of a tarnished reputation among peers, a person who heals from spiritual abuse will become resilient. That person will in time move forward positively. He will draw close to the Lord not in spite of the abuse but because of it. He will drink deeply from the wells of salvation, pouring out His heart to God. He will learn new aspects of God’s nature and ways unknown to him previously. He will become more compassionate toward those who are hurting. And as he heals, he will rebound.

A person who does not heal will not become resilient; he will spend his days in the backwash of yesterday’s abuse. However, every person interviewed who indeed healed from their spiritual abuse bounced back with a new vitality and depth to their relationship with the Lord. Every one of them is moving forward positively today, actively engaged in Christian ministry in some capacity. Allowing oneself to move through the appropriate stages of healing, is fundamental to experiencing a resilient life.
Posted by Rhett Wilson at 12:06 PM No comments:

Email ThisBlogThis!Share to TwitterShare to FacebookShare to Pinterest
Labels: Hope and Healing from Abuse 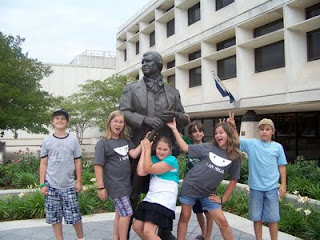 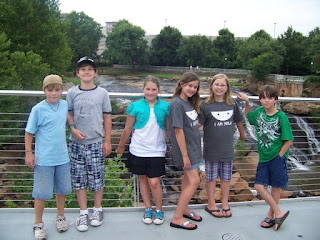 This spring I led a group of older children through the Preteen Experiencing God study. Of course it is based on the bestselling Experiencing God workbook by authors Henry Blackaby and Richard Blackaby.

These kids worked hard, did their homework, and memorized their Bible verses. We promised them a reward trip if they persevered. So we took them to a Greenville Drive game last week and supper at Sticky Fingers. Everyone could not attend that night, but we had a blast!

I love that age! Their spirits are great.
Posted by Rhett Wilson at 4:28 PM No comments:

Nothing like the summer! This was from Sliding Rock near Brevard, North Carolina. Great, cheap entertainment.
Posted by Rhett Wilson at 4:24 PM No comments:

I have had a heavy heart today since I heard the news that our friend Rossie Davis died last night of a heart attack. He and his family had just gotten to the beach this past weekend and were no doubt looking forward to a week there.

I visited with Rossie's mother Helen for a while this morning. I held her and she wept and wept in my arms and would not let go for a long time. Rossie's wife Jamie and the children are driving home this afternoon. As providence had it, Rossie was 48 and his oldest son almost 15. Rossie's daddy died when he was 47 and Rossie was 15. Also, Helen's father died on a Father's Day, June 18 years ago.

Rossie was in a breakfast small group with several of us from our church. For about 5 years, Buddy, Bob, Donald, me, and later Chris and Jay met regularly with Rossie (who always arrived late - ha!). His family will undergo major adjustments in the coming days.

I remember Rossie for his tears. Though he was not like this much person to person, as a pastor I would see his face many times in the crowd or in the choir loft. He was usually one of the first people to start crying when something touching was shared.

Losing friends makes you evaluate your own life, no doubt. None of us are guaranteed another day. Makes you consider what things that we worry about are really important. What are we doing today in the life of those we love that will outlast us? What are we doing that matters to the Lord?

Teach us to realize the brevity of life, so that we may grow in wisdom. - Psalm 90:12

Email ThisBlogThis!Share to TwitterShare to FacebookShare to Pinterest
Labels: Friends and Community

Newt Gingrich's book, A Nation Like No Other: Why American Exceptionalism Matters, is released today.

“Belief in American Exceptionalism leads inexorably to a smaller, more effective, accountable, and limited government. The American revolutionaries did not shed their blood for the welfare state; nor did they aim to replace the arbitrary rule of King George and his ‘multitude of New Offices’ and ‘swarms of Officers,’ as stated in the Declaration of Independence, with their own oppressive bureaucracy. Instead, they fought for individual liberty—and that made America an exception among all other nations.”
Posted by Rhett Wilson at 5:10 AM No comments:

Email ThisBlogThis!Share to TwitterShare to FacebookShare to Pinterest
Labels: Books Worth Reading, Heritage of the United States of America

With all of the media blitz today on Anthony Weiner, Russ Moore writes a great challenge to us all. Are you smarter than Anthony Weiner?
Posted by Rhett Wilson at 8:13 PM No comments: 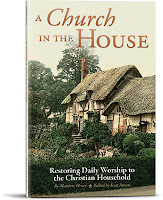 Matthew Henry's classic book, A Church in the House: Restoring Daily Worship to the Christian Household, is well worth every Christian dad reading.
Posted by Rhett Wilson at 1:57 PM No comments:

Email ThisBlogThis!Share to TwitterShare to FacebookShare to Pinterest
Labels: Books Worth Reading, Fatherhood

A dad plays a great joke on his son. Read it here.
Posted by Rhett Wilson at 1:52 PM No comments:

My wife and I have found Common Sense Media to be a good place to go for advice in regards to movies, television, and video games. In a day of little discernment, it is wise for parents to be proactive in guarding the eyes and ears of their little ones! Jesus said something about the eye being the window to the heart.
Posted by Rhett Wilson at 12:53 PM No comments:

Email ThisBlogThis!Share to TwitterShare to FacebookShare to Pinterest
Labels: Discernment for our Times, The Media

Posted by Rhett Wilson at 10:13 AM No comments:

Off to the Summer Movies! 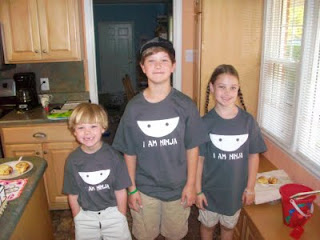 Posted by Rhett Wilson at 10:12 AM No comments:

The past 20 years or so have seen an incredible amount of changes in the forms of how people "do church." The following is an excellent article discussing the times by an over-50 pastor of a Soutern Baptist Church. The article is called "Not Your Daddy's Church."
Posted by Rhett Wilson at 12:17 AM No comments:

Email ThisBlogThis!Share to TwitterShare to FacebookShare to Pinterest
Labels: Commentaries on Church Health and Church Growth

Jim Demint reports that the Senate Democrats keep making it official that they are the party of big spending and big government. Read it here.
Posted by Rhett Wilson at 12:13 AM No comments: