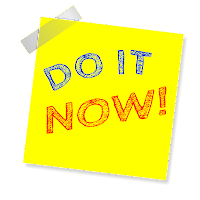 Republicans what they claim to have wanted since judicial activism became the norm in the 1960s.

From outlawing prayer and Bible reading in public schools to the infamous Roe v. Wade decision, which legalized abortion, conservative Republicans have yearned for a time when a Republican president and Republican majority Senate might put supan end to judges making law and return to the day when Congress was the legislator. . . .

Senators who do not like President Trump's personality, but agree with many of his policies, should swallow their pride and vote to change the Supreme Court back to the role the Founders intended for it."