A Nation on the Precipice of Destruction

"Throughout the country, we see a newly energized far Left political and cultural movement taking to the streets. I’m not talking about peaceful protests over such real problems as racial injustice. Instead, the violent behavior by anarchists who have hijacked the legitimate protests, using them as cover to destroy public property, threaten the safety of our cities and the very future of our republic. 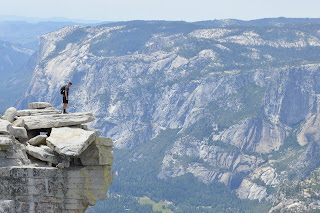 Ironically, the current administration, consistently in the crosshairs of the media and many political commentators for its supposed racism, has done a great deal for people of color. As U.S. Sen. Tim Scott (R-South Carolina) recently said, while some of the president’s comments have been hurtful, he has helped the African American community in some very tangible ways. Scott cites the Opportunity Zone program, which provides tax breaks for companies that open stores or manufacturing plants in lower-income areas. He also noted the major revision of the 1994 crime bill, leading to substantial criminal justice reform. And he observed the Trump administration’s support for historically black colleges and universities through the United Negro College Fund, which this year, he says, 'is the highest level ever.'

But there is another reality we cannot ignore. Some news networks and publications are abetting a disorder that’s become much too common; the so-called 'cancel culture.'

This election is about stemming a tide of national self-destruction. It is no time to sit on the sidelines and bemoan what some see as two fatally flawed candidates. The reality is that one of them will be elected.””