The Church’s Duty to Remain Open 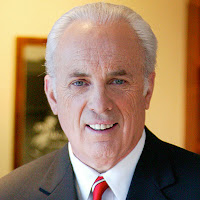 John MacArthur and the elders of Grace Community Church, in Sun Valley, California, announced July 24 on the “Grace to You” blog that the church intended to “obey God rather than men” (Acts 5:29) and thus would defy Gov. Gavin Newsom’s July 13 order closing indoor operations of churches, fitness centers, hair salons and several other types of venues in counties showing an increase in COVID-19 infections. The blog, which laid out the Biblical case for the church’s duty to gather, prompted county officials to threaten repercussions, but as of press time, the church was continuing to meet with both indoor and outdoor seating. The following is excerpted from the blog.

Christ is Lord of all. He is the one true head of the church (Ephesians 1:22; 5:23; Colossians 1:18). He is also King of kings—sovereign over every earthly authority (1 Timothy 6:15; Revelation 17:14; 19:16). Grace Community Church has always stood immovably on those Biblical principles. As His people, we are subject to His will and commands as revealed in Scripture. Therefore, we cannot and will not acquiesce to a government-imposed moratorium on our weekly congregational worship or other regular corporate gatherings. Compliance would be disobedience to our Lord’s clear commands.

“The Biblical order is clear: Christ is Lord over Caesar, not vice versa. Christ, not Caesar, is head of the church.”

Some will think such a firm statement is inexorably in conflict with the command to be subject to governing authorities laid out in Romans 13 and 1 Peter 2. Scripture does mandate careful, conscientious obedience to all governing authority, including kings, governors, employers and their agents—in Peter’s words, “not only to those who are good and gentle, but also to those who are unreasonable” (1 Peter 2:18). Insofar as government authorities do not attempt to assert ecclesiastical authority or issue orders that forbid our obedience to God’s law, their authority is to be obeyed whether we agree with their rulings or not. In other words, Romans 13 and 1 Peter 2 still bind the consciences of individual Christians. We are to obey our civil authorities as powers that God Himself has ordained.