How does a culture that once called itself a Christian nation become a place where mayhem erupts in the streets, public voices disdain authority, law, and order, and organized riots destroy businesses, national monuments, and people’s lives? 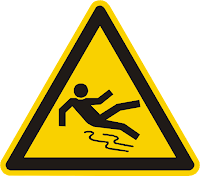 The past 100 years or so, America has slid down the slippery slope of the four A’s. Much like what happened in the Old Testament during the time of the books of Joshua and Judges, our culture – and Western culture in general – slid down and now may be in a deep pit.

For much of Western – and American – history, society embraced moral and spiritual absolutes. Even into the 1950’s, the Supreme Court made some decisions with the conviction that this was specifically a Christian nation. The large majority of our Founding Fathers embraced biblical Christianity – not deism as modernists would have us believe – and expected our civilization to work only if the moral laws of the Bible were embraced.

Western Civilization embraced a Judeo-Christian worldview, and the biblical values and roots pushed the West toward incredible blessing, fruitfulness, and prosperity. U.K. atheist author Tom Holland recently wrote the scholarly book Dominion: How the Christian Revolution Remade the World. In it, he recognizes that Christianity yielded the West, and that Europe will not return to prominence and prosperity unless she again embraces Christianity.

In the Old Testament Torah, God’s people were to accept His words, write them on their hearts, impress them on their children, and obey its content. God instructs Joshua in chapter one, before beginning to conquer the Land of Promise, that success would come only as he meditated on the Book of the Law day and night. After his death, the generation that followed became apathetic towards God and His Word.

With the financial prosperity, emphasis on human rights, and the sexual revolution of the latter part of the 20th century also came a spirit of apathy towards the “God of our fathers.”

After several generations of liberal theologians, influenced by the higher criticism movement of German theologians, moved into America’s seminaries and some churches, it became more and more normative to ask the same question as did the serpent in Paradise – “Did God really say that?”

Leftism destroyed countless lives and numerous societies in the first half of the 20th century around the world. Then, in the second half of the century and the beginning of the next, Leftism began flourishing in America’s secular universities and her three centers of media influence: New York, Washington, D.C., and Hollywood – three places often out of touch with mainstream Americans.

Remember, what a parent does occasionally, their child may do in excess. With a generation or two that perhaps gave lip service to God, the Bible, church, and traditional values, the ones that followed have often thrown those things out altogether.

Apathy eventually leads to its child, apostasy. Apostasy simply means to live without God – or “the abandonment or renunciation of a religious or political belief.”

As the late Ravi Zacharias said, the West is in danger of not remembering correctly. This crisis is why Moses warned the people prior to his death to not forget the Lord and not forsake His Word. It is the difference between life and death!

In the book of Judges, we witness a slow descent morally, spiritually, and socially. Samson, the last judge, or leader, of the people recorded in the book, was a pitiful example, controlled by his anger, pettiness, and sexual lusts. You find a priest recorded in the pages who embraced idolatry. These were dark days for God’s people. 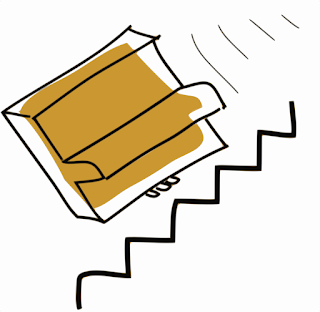 Secularism, the attempt to strip America and the West of God, the Bible, and their Christian roots, influenced a few generations who have been taught to not remember correctly. They’ve been fed lies that America was not a Christian nation, that she is not exceptional and God-blessed, that racism is in her DNA, and that we should apologize for our nation and her history. Now we fight over what would have once been considered basic building blocks of our society: the Ten Commandments  and the Bible in the public square, prayer in public gatherings, believing traditional Christian orthodoxy, defining marriage traditionally, and invoking and praying in the name of Jesus.

Leftists and secularists have worked relentlessly for years to lead us into apostasy, thinking it would create a Utopia. However, when you play the fool, you get burned.

The slippery slope from absolutes to apathy to apostasy leads to one deep pit.

The last four chapters of the book of Judges, when “everyone did right in his own eyes,” documents a terrible ending of this chapter in the life of the nation of Israel. The people who united to enter Canaan and conquer the land end up in a nasty, bloody civil war against their brothers.

When you throw out a social, moral, and spiritual framework of absolutes, then it eventually leads to every man for himself. It leads to mayhem and murder in the streets. It leads to looting, burning, defacing, and terrorizing. 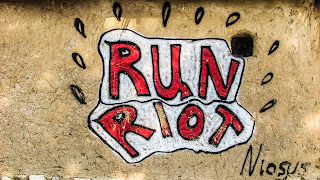 When society rejects God’s sexual norms, confusion and foolishness become habitual, with biological men competing in women’s sports. The rejection of moral absolutes gives way to a society desperately needing them. When we reject the authority of the police, the darkness of Gotham City becomes normative.
Enter a fifth A - Antifa – a political movement that would overthrow our very system and way of life. Might becomes right, using fear and threats to silence disagreement.  And destruction routine.

There is one hope for such a society. The people of Israel became great again only as they submitted to the God of their fathers and His Word under the leadership of the prophet Samuel and King David. It required repentance, reform and renewal.

Without it, we are doomed, and our nation - formed to be a City on a Hill - will lose her light.

Read my article, "America: Where Most Blacks and  Whites Don't Hate Each Other"