Black Homicides and Other Stats

According to the FBI stats on crime and the police . . .

9 unarmed black men were killed by cops in 2019 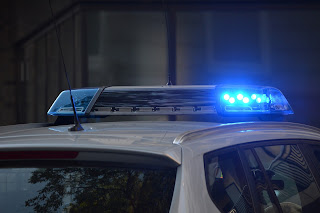 Many, many more blacks are murdered by blacks than by white cops.

Last weekend alone in Chicago, when the police withdrew from the city, Chicago experienced its deadliest weekend in 60 years. 25 people killed with another 85 wounded by gunfire. Their 911 emergency center received 65K calls on May 31 alone – more than 50,000 than usual.

African-American Pastor Corey Brooks writes, “Liberal politicians in Illinois and across the country have fanned the flames of anger over the past several years. Their policies and worldview emphasize government as the solution to all problems, except, paradoxically, when we need police. Our mayor, Lori Lightfoot, has been unable or unwilling to put a stop to the violence in the streets of our home city, in part because she has been unable to offer a strong defense for good law enforcement agents doing the necessary work of making our neighborhoods livable.

Lost in the liberal messaging is the reality that the foundation of our society is the rule of law. The tragic killing of George Floyd reminds us that we need better training and screening for police officers. But the vast majority of the law enforcement agents in our nation advance racial equality, and help black Americans participate in the American dream.

Violence is rampant in Chicago, and it has nothing to do with isolated incidents of police brutality. Over Memorial Day weekend, ten African-Americans were shot and killed in drive-by shootings.

On the south side of Chicago, we don’t need police stepping back and retreating because of political agendas. The logical extension of liberal police reform is for law enforcement agents to retreat from their duties, but this is exactly wrong and will weaken our neighborhoods.”

The media is pushing a narrative. Respond with facts. Don't just react with emotion.