That’s what his t-shirt said in large letters – a man I saw when I stopped at a Quick Trip gas station in Charlotte after work today.

I thought, “What would he – and many others – think if I stepped out of my car with a shirt that said VERY WHITE AND PROUD?”

Or if I started a magazine called Ivory (instead of Ebony), a White 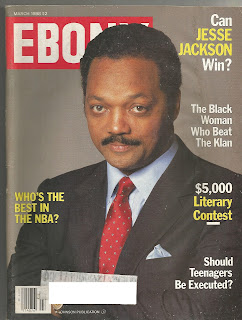 No, those would not be allowed. There would be an immediate outcry of racism. The Leftist forces would band together to courageously strip the land of such hatred and ignorance. What a bad, awful, white man.

If we don’t want racism to be a thing, then we must deal with the reality that racism and discrimination goes many ways.

The Left and the media love to keep a crisis spinning in our country so that we “need” them. And they must keep our differences before us constantly in order to achieve the purposes of the Left.

Shelby Steele, Senior Fellow of the Hoover Institution – and a black American, says, "It seems to me that in many ways it’s about power. In order to pursue power as they do, you have to have victims. Wow, the excitement that creates on the Left. It validates their claims that America is a wretched country, and they must get their recourse. It feeds this old model of operation that we’ve developed, that America is guilty of racism, guilty of this sin, and has been for 400 years, and minorities are victims who are entitled. 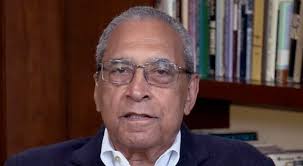 So when people start to talk about systemic racism, built into the system, what they’re really doing is expanding the territory of entitlement. We want more. We want society to give us more. Society is responsible for us, because racism is so systemic. Well, that’s a corruption, and I know it’s a corruption, because the truth of the matter is blacks have never been less oppressed than they are today."

Not Defined by Color

Good people should stick together. The bad ones certainly do enough of that.

My color does not define me.

My character – and my Creator – define me. My color is just one part of who God made me. And when I see you, I don’t want to see you primarily for your color, but for a person made in God’s image. That goes much deeper than pigment. 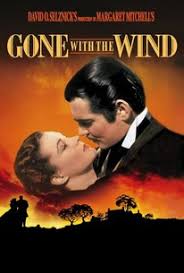 I don’t need to burn my copy of “Gone with the Wind” or my DVD collection of “The Dukes of Hazzard” – nor will I throw away my model car of Bo and Luke’s The General Lee. I certainly don’t need to applaud the absurd removal of Aunt Jemima and Uncle Ben - or the Orwellian expulsion of President Teddy Roosevelt's statue in New York.

I do not need to throw in my towel with the Black Lives Matter movement - which is rooted in Marxist and unbiblical ideology - though I do affirm that every black life - and every life - matters.

I do not have to cave into the media's narrative, the cultural frenzy, nor the politically correct movement. I can, instead, speak the truth in love.

I won’t regret doing my term paper on Robert E. Lee in the eleventh grade.  Nor will I apologize for slavery, Jim Crow laws, or segregation – which all happened years before I was born. And I will not act like I owe a person of a different color something – other than love.

What I will do is try and do good to others and treat them like I want to be treated – with kindness, respect, and civility. Because, “Red and yellow, black and white, they are precious in His sight. Jesus loves the little children of the world.”

See my other articles, America: Where Most Blacks and Whites Don't Hate Each Other, and They Are Playing Us: 7 Lies America is Believing

Also, see 5 Ways Christians are Getting Swept up into a Secular Worldview in this Cultural Movement.

See 3 Generations of Brainwashing Pays Off for the Left.

See The Left: The Greatest Threat to Freedom and America