The following is collection of black voices in America. I will only include a portion of what they wrote or said here. Click on the links to see more. We need to hear more African American voices than just the likes of Al Sharpton, Cory Booker, and other favorites of the Left.

"I write to you with great concern for the future of our country and the black community. Like most Americans, I too am angry over the killing of George Floyd. His death was a monstrous act, and former police officer Derek Chauvin deserves to have the full weight of the law brought against him. If the video we witnessed is accurate, Mr. Chauvin must be imprisoned for a long time. 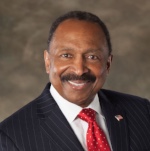 However, my sadness reaches well beyond this single tragedy. The riots, looting and violence which have occurred in cities across the country will not reform, heal, unify or improve the lives and safety of black Americans. In fact, these actions are radically regressive and self-destructive.

Black businesses are burned down, the owners are assaulted and essential grocery stores and pharmacies are destroyed. Cops and innocent bystanders are victimized and killed. The irony is that the victims are primarily those for whom the rioters claim to be seeking justice. History teaches us that communities wracked by riots and looting do not recover easily, if at all. They tend to become more impoverished and dangerous than they were before the upheaval. . . ."

Larry Elder explains his thoughts in the video, Is America Racist?:
Star Parker shares why it is not true that America is systemically racist:

"We lost ourselves in the civil rights era. After the Civil Rights Act was signed into law, we, as a people, should have done what Dr. [Martin Luther King Jr.] asks us to do in his 'I Have a Dream' speech.

And that was to go back into the communities and build, because

But when you think about what happened after King, after the riots of the ’60s, we politicized race.

The perception of racism became a business because we started having affirmative action programs and racial preference programs."

Larry Elder writes what is behind the Left's call to reform the police era in his article, Police Force Diversity.

"The racial 'diversity' achieved by city police departments, as in New York City and Los Angeles, has not and will not stop charges of "institutional racism" as long as the true intent of many of the "reformers" is for black criminals to go unpunished."

Ben Carson reflects on the death of George Floyd and its aftermath:

Taleeb Starkes shares What Are The 5 Issues Facing Blacks in America?:

Pastor Corey Brooks grieves how the recent violence in Chicago has set the black community there back decades with their most violent weekend in 60 years:

"Liberal politicians in Illinois and across the country have fanned the flames of anger over the past several years. Their policies and worldview emphasize government as the solution to all problems, except, paradoxically, when we need police. Our mayor, Lori Lightfoot, has been unable or unwilling to put a stop to the violence in the streets of our home city, in part because she has been unable to offer a strong defense for good law enforcement agents doing the necessary work of making our neighborhoods livable.

Lost in the liberal messaging is the reality that the foundation of our society is the rule of law. The tragic killing of George Floyd reminds us that we need better training and screening for police officers. But the vast majority of the law enforcement agents in our nation advance racial equality, and help black Americans participate in the American dream."

" 'Well, you don’t have to agree with everything. Just pick out the good things in the #BlackLivesMatter movement,' I’m told. Really? Let’s apply that same logic to another example. I’ve been repeatedly approached to partner with New Black Panthers in anti-abortion billboard campaigns. We agree on the violent injustice

of abortion, and that’s it. Our worldviews are diametrically opposed. But, but, but they believe unborn lives matter! That doesn’t matter. Their mission is not my mission. I cover all of this in-depth in my new podcast, Life Has Purpose.

Dr. Walter Williams shares what he calls The True Plight of Black Americans:

"While it might not be popular to say in the wake of the recent social disorder, the true plight of black people has little or nothing to do with the police or what has been called 'systemic racism.'

Instead, we need to look at the responsibilities of those running our big cities."

"Does God care about justice? Absolutely! In fact, God says of Himself in Isaiah 61:8, 'For I, the Lord, love justice.'

What about life? Does God care about life? Of course! Psalm 139 powerfully communicates the value, worth, and sanctity of human life.

God’s concerns for life and justice are woven throughout the Bible, and the two are not mutually exclusive. So we as Christians should care about justice and defend life. Likewise, we must make sure that our endeavors to plead for justice or defend life don’t inadvertently align us with covert missions and agendas that seek to undermine God’s standard of holiness.”