Chaos in America: How Did We Get Here?

"Whereas George Floyd’s tragic death and the sinfulness of racism are inexcusable from any point of view, they cannot and should not be used as an excuse for the massive, wanton and indiscriminate destruction and calculated anarchy that is currently taking place . And neither can the brutality and lawlessness be justified by the fact that America’s founding was established upon address of grievances and the right for public demonstrations. 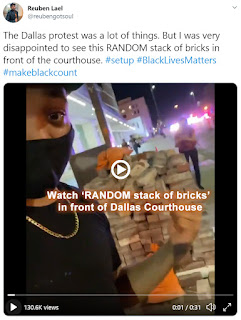 In wondering where the support for revolution and terror in the streets of America is coming from, there is no question that the rioters have access to essential resources, including organization, know-how, and funding ... nationwide .

While we might assume that an independent news media and press would be eager to investigate who is inciting political and social turmoil in America, they, alas, seem to be complicit in wanting to remove at any price the 45th president of the United States on November 3, 2020."

Read the entire article from the American Renewal Project here.