Black Leaders Speak on "Sanitizing" Our History of the Southern Confederacy

A frenzy sweeps across our country this week to remove Confederate 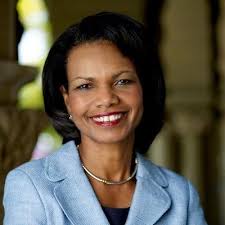 monuments.
Gone With the Wind, the most successful movie in history, is now too "offensive?" Amazon may pull The Dukes of Hazzard? Really? Are we really that childish?
Condeleeza Rice said, “When you start wiping out your history, sanitizing your history to make you feel better, it’s a bad thing."  Read more from Rice here. She warns to not tear down monuments in order to sanitize history: ""I am a firm believer in 'keep your history before you' and so I don't actually want to rename things that were named for slave owners."
African American leader, Allen West spoke in response to the Charlottesville riots:
"This all began because someone decided, as other elected officials have across the country, to cave in to partisan political pressures and seek to erase American history. History is not there for us to love or hate, but for us to learn from and seek to not repeat its mistakes.  If there are those who truly believe we protect ourselves by trying to revise history due to false emotions, then we miss out on who we are as a nation, and our evolution. The statues of long since deceased leaders of the Confederate Army do not stand to remind anyone of oppression. And if a statue can oppress you, then I submit that you have greater issues."

Walter Williams, an African American Professor of Economics at George Mason University, wrote in his article Rewriting American History, "Slavery is an undeniable fact of our history. The costly war fought to end it is also a part of the nation’s history. Neither will go away through cultural cleansing. Removing statues of Confederates and renaming buildings are just a small part of the true agenda of America’s leftists. Thomas Jefferson owned slaves, and there’s a monument that bears his name — the Thomas Jefferson Memorial in Washington, D.C. George Washington also owned slaves, and there’s a monument to him, as well — the Washington Monument in Washington. Will the people who call for removal of statues in New Orleans and Richmond also call for the removal of the Washington, D.C., monuments honoring slaveholders Jefferson and Washington? Will the people demanding a change in the name of J.E.B. Stuart High School also demand that the name of the nation’s capital be changed? . . . 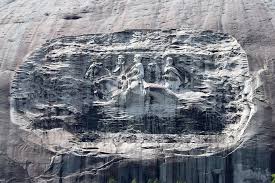 The job of tyrants and busybodies is never done. When they accomplish one goal, they move their agenda to something else. If we Americans give them an inch, they’ll take a yard. So I say, don’t give them an inch in the first place. The hate-America types use every tool at their disposal to achieve their agenda of discrediting and demeaning our history. Our history of slavery is simply a convenient tool to further their cause."

African-American author Sylvia Thompson writes in her article, A Confederate Flag Does Not Divide Us, Leftist Ideology Does, "Today's opportunists taking advantage of black folks are called Leftists: Marxist types, some claiming the mantle of Christianity; garden-variety evil doers of all stripes; and of course the elitist class of well-heeled people who think only they are fit to rule over us, the sweaty masses. A primary goal of the Left is to ensure that the age-old rift between American blacks and whites is never resolved, because blacks will no longer be enslaved to them if it is resolved. . . . Do not ever believe that taking down a flag will be the end of it. The Left will demand no less than the destruction of America's soul."
And African-American leader Alan Keyes writes in his article The Flag of Robert E.

Lee about the move to cleanse America of reminders of the Confederacy: "The demand also has something to do with the elitist faction's desire to suppress all thought of the venerable American view that resistance to tyranny is obedience to God. This view led many Southerners who rejected slavery to object to what they (mistakenly) believed to be the North's interference with their right of self-determination. It's a view understandably repugnant to the snarling demagogues presently intent on establishing elitist, totalitarian government in the United States."
Or what about NBA legend Charles Barkley?  When asked about the Confederate monuments, Barkley replied, "I’m 54 years old. I’ve never thought about those statues a day in my life. I think if you ask most black people to be honest, they haven’t thought a day in their life about those stupid statues. . . . I’m not going to waste my time worrying about these Confederate statues — that’s wasted energy,” he said. “You know what I’m gonna do? I’m gonna keep doing great things, I’m gonna keep trying to make a difference — number one, in the black community because I’m black — but I’m also going to try to do good things in the world.”
Hurry up! Someone better tell Al Sharpton!
And isn't it funny that Nancy Pelosi hasn't seemed to be bothered by these Confederate statues for the past thirty years?
Posted by Rhett Wilson at 2:09 PM