The True Plight of Black Americans

"While it might not be popular to say in the wake of the recent social disorder, the true plight of black people has little or nothing to do with the police or what has been called 'systemic racism.' 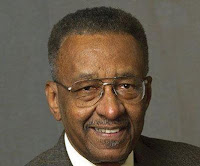 Instead, we need to look at the responsibilities of those running our big cities.

Some of the most dangerous big cities are St. Louis, Detroit, Baltimore, Oakland, Chicago, Memphis, Atlanta, Birmingham, Newark, Buffalo and Philadelphia. The most common characteristic of these cities is that for decades, all of them have been run by liberal Democrats."

Read the entire article by Walter Williams here at The Daily Home.