You Don’t Have a Right To Expose Yourself To Women. 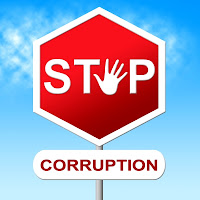 "A man who identifies as a man and exposes himself to a woman, let alone to a group of women
and girls, is deemed sick and arrested. But, according to the left, a man who says he is a woman and does the exact same thing — with the exact same disturbing effect on women, let alone girls — is to be given universal support. In fact, however, this individual is the apotheosis of narcissism. And is still a man: As one woman pointed out to me, his engaging in such behavior is demonstrative proof that he is still a man (one with an exhibitionist streak). Women don’t expose themselves like that.

Members of antifa, the closest thing America has to the Hitlerjugend (Hitler Youth), attacked the woman who led the demonstration against the Wi Spa.

Such is the state of America and the West in the year 2021.

When the right of a man — regardless of whether he identifies as a woman — to expose his penis to girls supersedes society’s obligation to protect girls’ innocence and most women’s sense of decency, we have reached a new low."